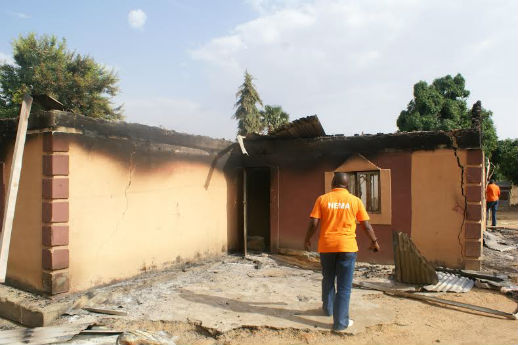 It has been a deadly July in Nigeria. More than 200 people have been killed since June 30 in attacks that have come almost daily in the country’s northern and northeastern regions, stronghold of the militant Islamic sect Boko Haram.

Obscured by Boko Haram’s headlines, violence also has raged farther south, where a lesser reported, years-long campaign has claimed thousands of Christian lives. Militants among the ethnic Fulani, a predominantly Muslim and nomadic population of cattle herders, are suspected of killing dozens of Christians in the states of Plateau and Taraba in recent months. The two states form the eastern end of Nigeria’s “Middle Belt”  — the handful of states straddling the pre-colonial line dividing Nigeria’s predominantly Muslim north from its Christian south.

Who is Boko Haram?

What is ethnic cleansing?

The Middle Belt’s most recent violence traces back to March, to a case of cattle rustling. According to Kunle Ajanakufsi, Plateau’s director of state security services, about 500 head of cattle belonging to Fulani herders went missing, and suspicion fell upon a portion of the local Berom, an indigenous Christian population. Rev. Samuel Yakubu of the Christian Association of Nigeria said the tension escalated in April when the Fulanis took 60 Berom cows. Fifteen were returned, he said, but several unsatisfied Berom took more cattle from the Fulani herders. Shortly thereafter, Fulani raiding parties entered several Berom villages, killing at least 30 people, including a pastor of the Church of Christ in Nigeria.

Cattle rustling and disputes over land provide a pretext to the violence across the Middle Belt. Pressed from the north by the advancing Sahara, the Fulani, spread across West Africa and considered the largest nomadic ethnic group in the world, push ever-farther into lands owned by more stationary Christian farmers and ranchers, causing inevitable clashes.

Well before British colonial rule came to Nigeria, the Muslim sultans of the country’s northern provinces maneuvered to spread the influence of Islam throughout the Middle Belt. But it was the rise of Boko Haram’s overtly anti-Christian campaign in 2009 that rekindled religious motivations among the Fulani, this time to a deadly new ferocity, according to research published by Open Doors International, charity that provides aid to Christians who are pressured because of their belief.

Open Doors researcher Yonas Dembele has concluded that the pattern of Fulani violence in the region — their use of military-grade weapons to drive Christians off the land and to occupy it; the destruction of Christian homes and churches; and their call for the imposition of Islamic law, among other hallmarks — amounts to ethnic cleansing of the Middle Belt. The campaign, he argues, is animated by the same ambition that drives Boko Haram: To bring the non-Islamic world under Islamic rule.

That’s a conclusion disputed by Nigeria’s Catholic Bishops, who have said the religious dimension to the violence is a byproduct of underlying territorial disputes.

Dembele’s analysis can be read here.

Drawing a line from the current conflict to Muslim dominance of the Middle Belt during the colonial era, Dembele writes that “the nature of the conflict seems to follow the historical pattern where the Hausa-Fulani Muslim oligarchy has used colonial legacies, political policies and religious sentiments in order to conquer and dominate the Middle Belt region.”

The complete report can be read here.