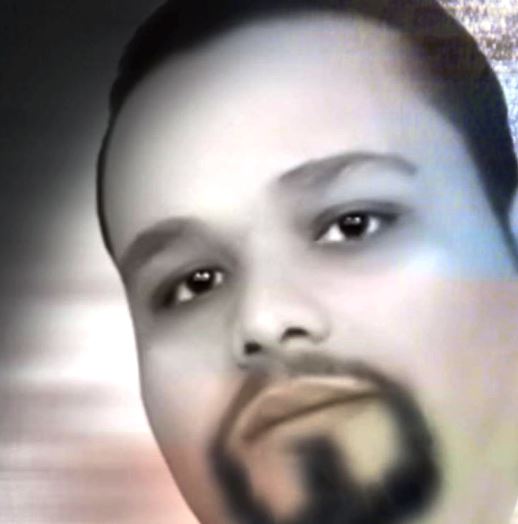 After a three-year rash of blasphemy cases filed against Egyptian Christians, the nation’s highest court backtracked last month on its harsh verdict against one young Copt.

Bishoy Kameel Kamel Garas was sent to prison for six years in September 2012 for allegedly insulting Islam, the Egyptian president and a Muslim sheikh’s sister. All the offensive posts were found on a fake Facebook page opened in his name.

But on 25 July, the Court of Cassation accepted Saeed’s appeal to review his jailed client’s case one more time. The court ordered that Garas be brought from prison in Upper Egypt for the Cairo hearing, set for 12 September.

Such an appeal can only be accepted by the highest court on the basis of a breach of law. In Garas’ case, the lawyer cited Article 32 of the Egyptian penal code, which sets a maximum three-year sentence for anyone convicted of several misdemeanour crimes committed simultaneously. Garas has already been jailed longer than that for the three crimes of which he was accused.

In its ruling, the court also noted that it had examined the electronic evidence filed to lower courts. The technical report had documented that there were two separate Facebook accounts in Garas’ name, one with offensive statements and the other warning against a false account by the same name.

Back in May 2013, a first appeal to the Court of Cassation regarding Garas had resulted in an order to the lower court to reconsider its initial verdicts. As a result, the charge of insulting the president was dropped, cancelling two years off Garas’ jail sentence.

Now 27, Garas was working as a village primary school English teacher in Tima, a city on the west bank of the Nile in Sohag governate, when the fake Facebook page appeared.

According to Garas’ father, his son’s Facebook friends told him on 28 July, 2012 that they were offended by insults he had written against them on Facebook. “Surprised, he quickly opened his laptop, and found another fake Facebook account with the same data – his name, photo, everything. There were bad pictures and insults on this fake account,” the father said.

“Bishoy immediately posted warnings on his own Facebook page about this other fake account. And he also called the Internet police. He told them what had happened, and asked them to investigate.”

So when Garas was summoned the next day to the Tima police station “he assumed that the chief detective there wanted to investigate it,” his father said. But the teacher arrived with his laptop to be confronted by Sheikh Mohammed Safwat Tammam, from the ultra-conservative Salafist movement within Sunni Islam. The cleric had filed a formal complaint against Garas, accusing him of insulting Tammam’s sister, President Morsi and the Islamic religion on his Facebook page. 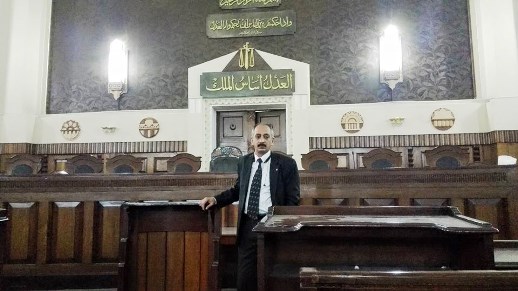 Insisting that he had not written these insults, Garas explained that some unknown person had created this offensive account. He showed the chief detective his personal Facebook page, where he had posted a warning the previous day, saying that a fake account had been set up in his name which did not belong to him.

“The chief detective was convinced,” the father said, but Sheikh Mohammed refused to withdraw his complaint. When Garas was taken the next day to appear in court before the Tima prosecutor, a large mob of angry Muslims were gathered to protest against him.

“When the prosecutor saw the two Facebook accounts, he was also convinced that my son didn’t do that,” the father said. But to calm the angry protestors, the prosecutor remanded Garas for four days’ custody.

By then, two of Garas’ friends had identified and confronted the culprit who had created the fake Facebook account, a young Coptic acquaintance identified only as ‘Michael’. After recording his confession on a CD disk, the two went with Garas’ father on 2 August to testify to a prosecutor in nearby Tahra, but there Garas’ detention was extended for another 15 days.

“Then we waited for the arrest of Michael and his questioning, but that didn’t happen. I don’t know why,” Garas’ father said.

For the next month, hearings on the case were adjourned, lawyers failed to appear and court-ordered evidence was late in arriving. Several times large protests erupted outside the courtroom, as angry Salafists and Muslim Brotherhood supporters shouted death threats against Garas.

Finally, on 18 September, 2012, presiding Judge Mohammed Abu Saif of Tima Misdemeanor Court convicted Garas on three counts of insult and blasphemy, sentencing him to a total of six years in prison. An appeal hearing before Judge Tarek Alinveraoy of the Sohag Misdemeanor Court on 27 September upheld the ruling.

“From the beginning, the situation was very dangerous for us,” Garas’ father said. “Many angry, fanatic Muslims gathered in front of our home and wanted to expel us from the city. But our Muslim neighbours and moderate Muslims intervened and confronted them. We then hid in a relative’s home for a short period, until the situation calmed. We were receiving many death threats.”

According to Garas’ mother, these threats included vows to kidnap their three daughters, one of whom was living away from home while studying at Assiut University. “She was very afraid during this period, and did not tell anyone her full name,” she said.

“The fanatic Muslims wanted to kill Bishoy, but the hand of God was stronger and protected him from them.” She said the police guarding her son had to hide him from the protestors at the hearings, bringing him into the courtroom by a rear door.

The teacher was promptly fired from his job, and then insulted and beaten by Muslim prisoners during his three months in the Sohag prison, his father said. But he did not face similar mistreatment in the large New Valley Prison where he was later transferred. His family have been able to visit him once every three weeks there.

“We had to sell my jewellery and some of our furniture to pay the fees of the lawyers,” his mother said, upset that no human rights groups took up his case. Although the local and national media condemned her son as a criminal, she said the local Coptic Catholic priest, Fr. Youhanna Attia, stood by them throughout, praying and encouraging them, and helping them financially.

Speaking from St. Rita Coptic Catholic Church in Tima city, Fr. Attia told World Watch Monitor, “All of us are sure that Bishoy is innocent of the alleged charges against him. So we ask God to look over his family and answer their prayers, and lift the injustice. Lord willing, the court will acquit him.”

“I am hopeful,” said Garas’ lawyer, Saeed. “I expect that the court will acquit Bishoy.”