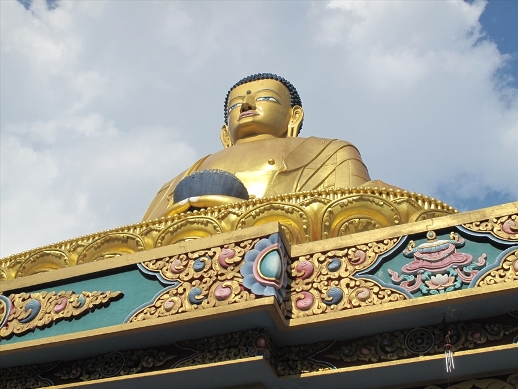 In Nepal, 80 per cent of the population is Hindu; Christians comprise between 1.5 and 3 per cent.Courtesy Open Doors International

Attempting to convert someone to another religion is already prohibited in Nepal, but the proposed amendments would mean that anything perceived as “evangelistic” could be punishable by law.

Article 31(3) states that “any act to convert another person from one religion to another, or any act or behaviour to undermine or jeopardise the religion of another [will be] punishable by law”.

Christians fear this will pave the way for an “anti-conversion clause” to be written into the penal code, which could result in prison sentences or hefty fines for “offenders”.

Christians are concerned that if the latest draft is passed, regular Christian activities – such as holding church services accessible to all, or even simply organising events to aid the disadvantaged – could be interpreted as “evangelistic” and, therefore, punishable by law.

Nepal’s first democratic election was held in 2008, after a bloody civil war led by Maoist guerrillas overthrew the Hindu monarchy. But seven years later, Nepal is yet to complete its transition to a secular democracy by declaring its new constitution. Its Constituent Assembly has missed several deadlines for the announcement, as World Watch Monitor reported in April.

The Church has never been recognised as an official religious institution within Nepal, and Nepali Christians complain that they have suffered inequality and persecution for decades. Christians had hoped that a new constitution enshrined by the new secular democracy would guarantee equal rights and religious freedom for all.

“We have defined full religious freedom [as] every citizen [having] the freedom to choose the religion of his or her choice … [That] people will be free to share their faith with fellow citizens. And then, also, people should have the freedom not to believe in any religion,” Dr. K. B. Royaka, a former member of Nepal’s National Human Rights Commission, told World Watch Monitor in April.

However, Royaka acknowledged that “secularism does not always mean religious freedom, as we have seen in other parts of the world”.

Now there are those within the Nepali government who are pushing for the country to throw off its “secular” tag and revert to its position as the world’s only official Hindu nation.

Chief among the protagonists are the MPs from the nationalist Rashtriya Prajatantra Party (RPP), which is growing in popularity and shares similarities with India’s ruling Bharatiya Janata Party (BJP) – which won power in 2014 after “an election campaign fuelled by unbridled hate against Muslims and Christians”, according to a March report by Christian activist John Dayal.

Vishal Arora, who has reported for World Watch Monitor from Nepal, says the influence of India’s BJP government is a “key factor” driving some of Nepal’s high-caste Hindu politicians to demand that Nepal be restored as a Hindu nation.

“Many of Nepal’s parties and politicians listen to what New Delhi says or wants, officially or otherwise,” he says.

There are others calling for the word ‘secular’ to be replaced in the constitution by the words ‘religious freedom’.

However, a recent editorial in the Kathmandu Post notes that although “in theory the words ‘religious freedom’ sound positive … “in practice [they] could have damaging consequences … In Nepal, the majority religion is Hinduism, and almost all the powerful people belong to this religion. They have the capacity to push for demands that Hinduism enjoy special status in Nepal, and the clause that enshrines religious freedom in the constitution will enable them to do so. By contrast, members of minority religions have relatively little political and economic clout.”