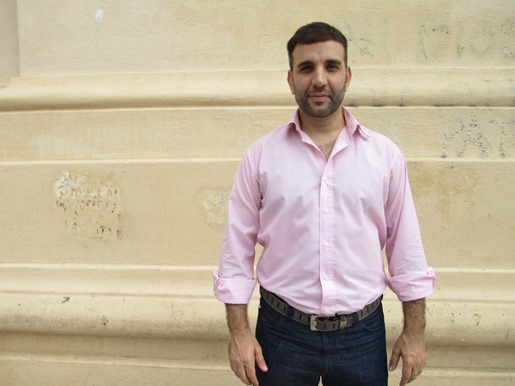 It has been almost 12 months since Argentinian pastor Marcelo Nieva survived an assassination attempt.

World Watch Monitor first met Nieva, 36, five months earlier, in May 2014, when he said that the introduction of a state law in August 2013 purporting to safeguard religious freedom was having the opposite effect.

He said the lives of his wife Janet (now 24) and baby daughter Marta (then just one-month-old) had been threatened, while pressure on his church, the majority of whose members were former drug addicts and prostitutes, had increased.

A year later, Nieva has been forced to leave his church in Río Tercero, a city in Argentina’s central Córdoba region, after the pressure against him and his Pueblo Grande Baptist Church became too great – pressure he claims came from corrupt local officials unhappy with the impact the church was having on the sex and drugs trades.

He is also now embroiled in two court cases – the first relating to the attempt on his life in October 2014, when he and colleague Daniel Carreño were shot at as they were driving through Córdoba city, the capital of the region, where Nieva had relocated to be back with his parents – who lead the founding Pueblo Grande church.

The second case is an appeal for justice relating to his claims that his church has suffered four years of religious persecution at the hands of the local authorities. 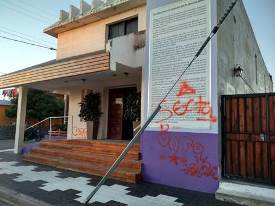 Nieva told World Watch Monitor last year his church had been denounced by politicians, the police and local newspapers as a “controversial sect” following the introduction in Córdoba state of Argentina’s Law 9891, which claims to exist to “achieve early detection and prevention of any situation of psychological manipulation, and to provide assistance to victims of manipulation”.

However, Nieva said the law has been abused and applied to legitimate religious organisations, such as his Pueblo Grande Church, which is recognised by Argentina’s Ministry of Foreign Affairs and Worship.

As a result of the denunciations against Nieva and his church, he said “hatred” grew against his church in the local community and that police regularly attacked the church, smashing windows and ransacking church property.

Nieva added that the law, which currently only applies to the Córdoba region, could have a significant negative impact on the rest of the country if it is applied elsewhere.

“The law is a threat to all Christian freedom in Argentina,” he told World Watch Monitor. “At first it is affecting only our church, so people don’t understand the danger of it. But we know how dangerous it is because we are living through it.”

The two court cases involving Nieva are ongoing. On 29 May, an appeals court hearing in the city of Villa María, 100 miles south of Córdoba, ruled in favour of Nieva and the Pueblo Grande Church, dictating that his case must be heard in a federal court.

“A federal judge wanted to remove our case from the federal courts,” Nieva’s assistant, Carolina Villarroel, told World Watch Monitor. “This would have been a major setback.”

Had the appeals court ruled against the church, Villarroel explained, Nieva and Carreño would have lost the federal guards assigned to them after the assassination attempt against them in October last year. Instead, the court mandated that the federal guards would be replaced by members of the National Gendarmerie.

“Our case represents a big problem for the province because it was the police who raided our church, repeatedly assaulted the members of our congregation and failed to perform their duty as officials.”

“Our case represents a big problem for the province because it was the police who raided our church, repeatedly assaulted the members of our congregation and failed to perform their duty as officials,” Villarroel added.

The appeals court also referred the case to Argentina’s National Institute Against Discrimination, Xenophobia and Racism. No date has been set for the next hearing. 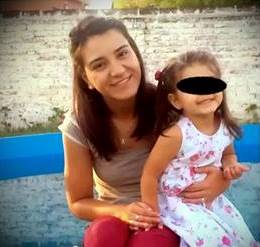 Meanwhile, a member of Nieva’s church is fighting her own court case.

Belen Aguilera, 26, a former prostitute, was pregnant when she found shelter at the women’s refuge attached to Nieva’s church. Her former partner demanded she have an abortion, but Aguilera refused and gave birth to a daughter, Maitena.

After Maitena, who is now four, was born, Aguilera’s former partner took a DNA test to prove that he was the father and then took Aguilera to court to attempt to retain custody of his daughter.

His claim was initially refused, but in June 2014 Aguilera was arrested on charges of abusing her daughter – charges she denied and which Carolina Villarroel says were completely baseless – and kept in prison for one month, before being placed under house arrest for six months.

Aguilera is now free, but her child remains with the father. No date has been set for her next appeal.