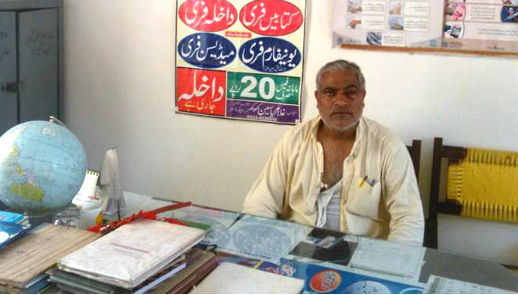 A Christian headmaster hospitalized from a severe beating by four primary-school colleagues has been blocked from pressing criminal charges against his attackers.

The incident in Pakistan’s Kasur district, 50 kilometres from Lahore, left headmaster Siddique Azam with “no choice but to withdraw,” he told World Watch Monitor.

Despite being beaten on 5 Oct. by four men — Muhammad Javed, Rana Khalid, Muhammad Asif and Muhammad Khasif — Azam said he was urged by the district education officer to drop the case, or face reprisal charges filed against himself.

The beating came just after Azam had refused on 1 Oct. to write a false excuse for Muhammad Javed, headmaster of Khilwan Primary School, one of eight schools under the district education centre directed by Azam. Javed had been suspended after being found absent from school without permission by a monitoring team of retired army personnel conducting unannounced routine visits in September to all the schools in the district’s rural areas.

“On 1 October, Muhammad Javed came to my office and told me to write on the school letterhead that he was on duty, so he could be restored,” Azam said. “I refused to issue the letter because he was actually absent when the monitoring team was visiting the school.” 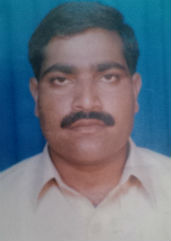 Siddique Azam in an undated photo.Provided to World Watch Monitor

Azasm said Javed reacted angrily to his refusal, declaring, “Only a mentally sick man would make you, a chuhra [a pejorative term used for Christians], the head of the centre!”

On 5 Oct., Azam came back to his office after the morning assembly to find Javed and three others waiting for him. “They beat me with sticks and hit me with punches and kicks, leaving me black and blue,” Azam said.

Several other teachers and staff intervened, promptly calling the police and handing over the four attackers for arrest. “In their presence, I told City Phoolnagar Police Station Officer Hajji Aziz that none of them were beaten, and he could examine them before arresting them,” Azam said.

The attackers were taken into police custody, while Azam was shifted to Jinnah Hospital. “There my left eye was miraculously saved,” Azam said. “But the police released the attackers only four hours later, due to political influence.”

Azam said he went straight to the police station after he was discharged from hospital two days later. “Officer Hajji Aziz told me that the medical examination of the attackers showed that they were attacked and injured, so a criminal case would be lodged against me as well.”

According to the policeman, the Kasur district education officer had informed the police that the matter, which he described as a physical fight which “arose over delivery of postage related to official work,” would be settled internally by the Education Department.

“Both parties have medical-legal documents proving similar injuries,” officer Aziz told World Watch Monitor, “but now a written agreement of compromise has been submitted to the police station and the matter is amicably resolved.”

The teachers who attacked Azam were supported by a former member of the National Assembly who also is related to the incumbent Punjab Assembly speaker, the Christian headmaster said. “Due to political pressure, the district education officer requested me not to pursue the case. If we had, we could have faced reprisals from our opponents, and local law enforcement agencies and politicians were supportive of them.”

“We are facing several challenges in serving our community. Hatred in terms of ‘untouchability’ against Christians still remains very high in the area,” Azam said. “If you go to the Bagu’s tea stall and tell that you are Christian, then he would order you to pick a cup from the separate crockery for Christians, wash it yourself, then after taking tea you are supposed to wash the cup and put it back from where it was taken. Even in several places in our city, barbers do not cut hair of Christians because they think their tools would become unclean.”

Pakistani Christians in the Kasur area have been treated historically as “untouchables” due to their Dalit origins stemming from the Hindu caste system, under which a person is expected to practice only the occupation of the caste into which he is born. Because those among the Dalit caste were disdained for working as sweepers and scavengers, Pakistan’s Muslim majority have traditionally consigned their Christians descendents to subservient occupations.