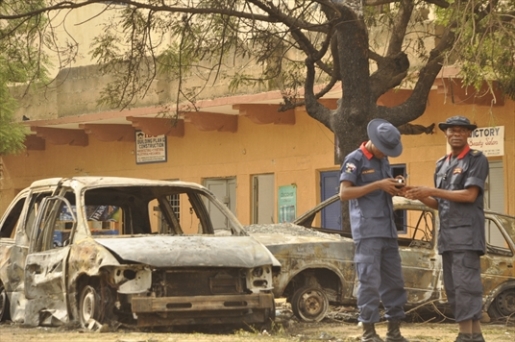 The aftermath of a suicide bombing in Kano State, northern Nigeria.World Watch Monitor

Everyone has heard of the violent atrocities committed by Boko Haram in northeast Nigeria, but Taraba State, in what’s called the Middle Belt of the country, is also the scene of severe violence: Hausa-Fulani Muslim herdsmen regularly commit atrocities against indigenous Christian farmers.

An in-depth report suggests that these atrocities against Christians can be described as “ethnic/religious cleansing”, with features of “genocide”.

The Nigeria Conflict Security Analysis Network (NCSAN) report on this violent conflict (2013 – 2015) refutes the claim that the conflict is being caused mainly by environmental degradation and migration, and instead points strongly to an Islamist agenda of domination.

The report produces data on different categories of atrocities committed against Christians, and places those data in a historical framework. It reveals that Christians in Taraba State are often confronted with severe violence caused by Hausa-Fulani Muslim herdsmen.

Besides those killed or displaced, statistics show destruction of 171 churches, 314 houses (including 15 complete family compounds with many houses and other properties), 39 shops and businesses of Christians, as well as many fields, goods and other possessions.

The atrocities have led to many – mainly Christians – becoming internalIy displaced (known officially as IDPs). 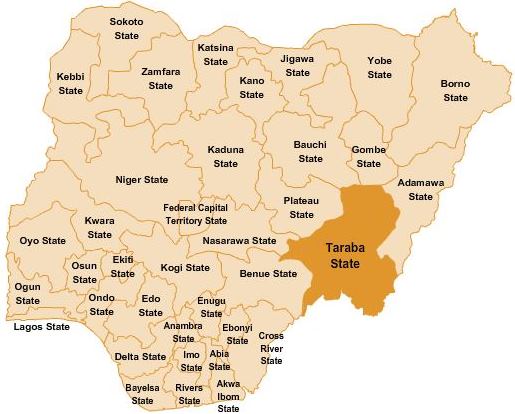 In Taraba State there are 10 IDP camps with an estimated 11,898 IDPs; neighbouring Benue State has six IDP camps hosting about 12,664 Christian IDPs from Taraba State. These IDP camps are provided for by church organisations, cultural associations and civil society groups, in Taraba and Benue states.

Another estimated 10,000 IDPs have settled in villages and towns around the Nigeria-Cameroon border. This adds up to at least 30,000 IDPs. NCSAN reports that while the conflict against Boko Haram continued, “there were no designated camps by the Taraba State government for the displaced Christians”. Some argue that “the government’s refusal to provide camps was a tactic to conceal from the attention of the world the huge population that had been displaced in the state”.

The atrocities committed by the Hausa-Fulani Muslim herdsmen can be, at best, described as ethnic cleansing, and at worst, as genocide.

NCSAN sees four reasons why Christians are being targeted in Taraba State:

NCSAN concludes: “In fact, for many people the atrocities committed by the Hausa-Fulani Muslim herdsmen can be, at best, described as ethnic cleansing, and at worst, as genocide. This is because, from the evidence presented, there is a deliberate and calculated infliction of physical destruction, targeted at particular religious and ethnic groups. Such destruction is supported and driven by a religious supremacist ideology to ensure Islam dominates all aspects of life in Taraba State.”

NCSAN concludes that the world is silent, and the killings and other atrocities committed by Hausa-Fulani Muslim herdsmen are being relegated to the background of national and international attention.

An earlier fact-finding mission of NCSAN (completed March 2015) had investigated the non-Boko Haram violence against Christians in the Middle Belt  (Benue, Kaduna, Nasarawa and Taraba States), and concluded that a jihad perspective plays a dominant role in the dynamics of the conflict. The March report also highlighted the need to delve deeper into the situation in Taraba State, which is what this report does.

An additional report by Yonas Dembele (August 2015), a World Watch List researcher for Open Doors International, classified the conflict in the Middle Belt as ethnic/religious cleansing. One of Dembele’s recommendations was to “urge the UN Human Rights Council to send a Commission of Inquiry to the Middle Belt region”.

According to Dembele, “if proof can be given of ethnic cleansing as defined under the international criminal law, appropriate action should be taken, including bringing the perpetrators to justice”. This is what this report sets out to do in more detail.

Frans Veerman is the Director of World Watch Research for Open Doors International.