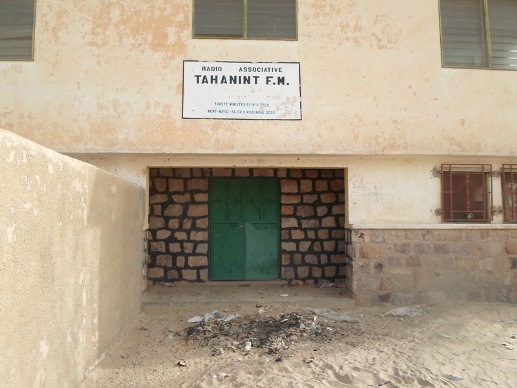 Three men were killed when an unidentified gunman opened fire outside a Christian radio station in Mali last night (17 December).

Hamar Oumar Dicko and Samuel Dicko worked for the station; Abdal Malick Ag Alher was a friend paying them a visit.

The motive for the attack on Radio Tahanint in Timbuktu is unknown, but witnesses described the gunman as a turbaned Tuareg. One local source said gunfire could still be heard after the event.

Radio Tahanint, which means “mercy” in the local dialect, had just finished broadcasting for the day, when the trio were shot outside the building. The radio station is closely linked with a local Baptist Church and evangelical mission.

“We are trying to find out what happened, but for now we don’t have any explanation,” he said. “It’s a Christian radio station that was broadcasting messages of peace lately. One of the young men who was shot last night, he had just finished broadcasting and his last words were about peace.”

Dr. Yattara added that “insecurity is everywhere in Mali, the situation is very frail, but we didn’t see a particular threat to the community”.

Although no group has claimed responsibility for the attack, there has been an upsurge in jihadist attacks in Mali, including the recent incident at the Radisson Blu hotel in Bamako on 20 Nov., when 22 people were killed.

Christians, a minority in Mali, have paid a heavy price since jihadists took over northern Mali in 2012. For most of the year, armed Islamist groups ruled the region, banning the practice of other religions and desecrating and looting churches and other places of worship. Thousands, including many Christians, fled and found refuge in the south, or in neighbouring countries such as Niger and Burkina Faso.

The government of Mali and the predominantly Tuareg rebel groups have now signed a peace agreement, but with limited impact. Moreover, jihadist groups have regained ground and intensified attacks.

In July, World Watch Monitor reported that 14 mausoleums in Timbuktu had been rebuilt, three years after they were destroyed by Islamists, but that churches had yet to be rebuilt.

The loss sustained by Christians across northern Mali amounted to hundreds of millions of CFAs, the local currency, as World Watch Monitor reported in September 2014.

“The churches are in ruins: in Gao, in Niafounké, in Hombori and other towns occupied by jihadists,” Dr. Yattara told World Watch Monitor in September 2014. “We had this feeling that jihadists wanted to wipe out any trace of Christianity in the north of Mali. But God in his goodness has not allowed such an eventuality. The Church is still there and most of the believers have returned, albeit in very difficult conditions, without external assistance or the financial resources needed in such circumstances. And despite such adversity we are determined to resume our ministries because after all, this northern Mali is ours. We have the right to freely exercise our faith and we are firmly committed to make this happen.”

In 2013, Mali was ranked No. 7 on World Watch List, a ranking of the 50 countries where persecution of Christians is most severe. The list is published annually by Open Doors International, a charity supporting Christians worldwide who live under pressure because of their faith.