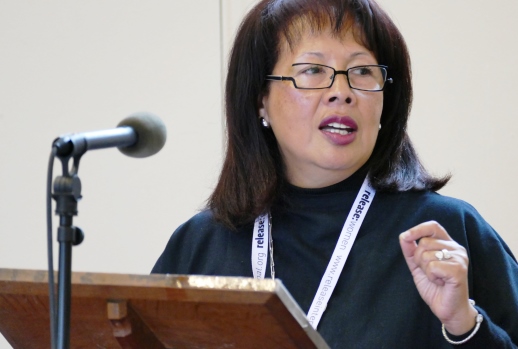 Women were close witnesses of the violence meted out to Jesus Christ during his Passion and Crucifixion, which Western Christians commemorate this weekend. They were also among the first to face persecution by the Roman authorities, and were frequently among the famous Early Church martyrs.

Today, women followers of Christ still disproportionately witness and experience violence, and face a double vulnerability due to their faith and gender, an international conference has heard.

The conference’s findings come in the context of a Pew Research Center study published yesterday (22 March) which has found that women, especially among Christians around the world are, generally, more devout than men when standard measures of religious commitment are considered.  Christian women are more likely to attend weekly religious services, be involved in daily prayer and consider religion important in their lives at higher rates than men, according to the study’s findings.

(Overall, 83 per cent of women around the world identify with a faith group while 80 per cent of men do so. The study used census data, surveys and population registers from recent years in analysing religious practices.)

‘However, increasing numbers of women face a double blow today – violent attacks against them because of their Christian faith, and because they are women,’ said the Conference organiser ‘Kate Ward’ (whose identity is being protected).

The Marcham Conference ‘Women and Persecution’ was organised in partnership with a range of church agencies and networks, including Open Doors International, Christian Solidarity Worldwide and Release International (convener); it was co-sponsored by the International Institute for Religious Freedom and the Religious Liberty Partnership (RLP). 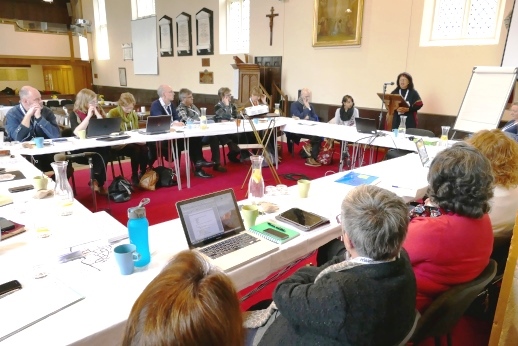 Delegates at the Marcham
Conference on Women and Persecution, March 2016Release International

Delegates from around the world heard that women are being increasingly targeted as a deliberate strategy to rob them of their faith and their identity. Growing Islamic radicalisation is encouraging atrocities against women as a deliberate weapon of warfare and tactic of jihad.

Christian women in communities under pressure for their faith face many forms of discrimination and violence. These can include restrictions on freedom of dress and movement, employment and legal discrimination, false charges, reprisals for conversion, sexual harassment, forced marriage, kidnapping, rape and other forms of sexual violence, including human trafficking.

Islamist extremists are also targeting wives and daughters as a way of intimidating and demoralising Christian pastors, most of whom are male, in areas of religious conflict.

‘The greatest offence or violation one can bring to a community is to target their women and children,’ said Kate Ward. ‘We see this through the countless atrocities now being witnessed by many.

‘Some of these women are loved and accepted, but sadly not all. Others are victimised again by their own families for having been violated.

‘We see this heart-breaking issue in the Central African Republic, Nigeria and Iraq. The rejection of their communities and their husbands extends the pain and suffering for women.’

Displacement by war has massively increased the risk for Christian women. The Syrian conflict has exposed the reality of organised trafficking and the enslaving of refugees on the move.

There is often a blurring of the lines between cultural and religious abuse. A British-born woman, who cannot be identified, told her story to the conference.

‘Armina’ had been abused as a child by her father, who was a leader in the Islamic community. When she was still a child, her father declared she was to be taken abroad for an arranged marriage. Immediately.

‘My dad said I would be flying out the next day. It was the first I had heard about it. I wasn’t ready to be anyone’s wife.’

Armina ran away from home and lived on the streets for a week before she was taken in and cared for by a Christians. She was later found to be suffering from post-traumatic stress disorder.

‘I felt depressed and suicidal because of the shame I was carrying for betraying my family,’ she said. ‘I was named as a traitor.’

Through the love and acceptance of some Christians, she went on to embrace the Christian faith. Yet many other Christians who did not understand her situation considered her to blame for the abuse. Today Armina is helping other women from a Muslim background.

Abuse within the Church

But the problem of violent abuse against women also exists within the Church, wherever prevailing cultures of inequality have yet to be replaced by a Biblical worldview that values women.

The violence they face within their homes, families and churches includes neglect and verbal, physical, emotional, psychological, sexual and spiritual abuse. Such violence is also experienced by the wives of Christian leaders.

Said Kate Ward: ‘An experienced Bible teacher who travels to areas of persecution told me recently: “How many times do I finish a session, to see a wife nudge a senior pastor, who then comes to me and says, ‘I beat my wife. How can you help me?'”

One of the conference speakers was Peter Grant of Restored, an international alliance that aims to transform relationships and end violence against women through and with the Church. It recently launched its own report on violence against women. He further illustrated the problem in the Church worldwide: ‘In Zimbabwe, a pastor said, “I expect my wife to bow down before me as I bow down before Christ.”

‘There are other examples which bring shame on the Body of Christ,’ he added.

Christian women become especially vulnerable in countries where both their faith and their gender are marginalised.

In Pakistan, poor Christian women and their families fall into bonded labour. One woman told researchers: ‘At factories, women are treated very badly. Many times brick kiln owners kill our women just to hide their crimes.’

‘What grieves me the most,’ said Kate Ward, ‘is that the historical inequality issues of 19th century Britain are today’s issues for Christian women all over the world.’

The Marcham Conference produced a Letter to the global Church, including a demand that it openly acknowledges the extent and severity of violence against Christian women – especially in communities under pressure for their faith.

And it says it seeks to identify strategies for change that can be applied to situations around the world.

RLP member organisations, for instance, were urged to endorse this Letter and encouraged to add their organizational support.

‘The problem is vast. Churches, agencies and voluntary organisations will have to work together at every level,’ said Kate Ward. ‘We will have to find ways to cross cultural boundaries and challenge taboos. It will require the deepest levels of engagement and collaboration.

‘I pray that many nations will be transformed as we take time out to think, pray, discuss, argue, consider – and go out and get on with it.’