Four Catholic nuns from the late Mother Teresa’s Missionaries of Charity were among 16 victims killed by six unidentified gunmen at a home for the elderly in Yemen’s southern port city of Aden.

The four missionary nurses were serving breakfast to the home’s 80 residents on 4 March when armed assailants stormed the facility, located in Aden’s Sheikh Othman district.

The intruders reportedly gained entrance to the care home by telling the security guard one of them had come to visit his mother. While two militants stood guard outside, the other four pushed inside, killing four guards and other employees, including several nurses, cleaning staff and a Yemeni cook. At least five of the victims were Ethiopians. All the casualties had been handcuffed and then shot in the head. 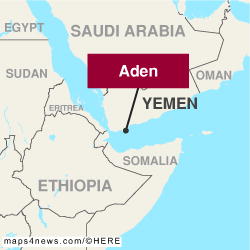 The slain nuns were identified by Asia News as Sr. Anselm from India, Sr. Marguerite and Sr. Reginette, both from Rwanda; and Sr. Judit from Kenya. None of the residents of the nursing home were harmed.

Pope Francis described the Aden massacre as “an act of senseless and diabolical violence.”

Labeling the four nuns “the martyrs of today,” he called them victims not just of their attackers, but also “of indifference, of this globalization of indifference that does not care.”

Although during the attack a fifth nun, Sr. Sali, managed to hide undetected in a storeroom refrigerator, an Indian priest living at the facility remains missing and believed kidnapped by the gunmen.

Originally from the Indian state of Kerala, Salesian Fr. Thomas Uzhummanil, 57, had lived in Yemen for the past five years. After Aden’s Holy Family Church where he served was attacked and torched last September, he had moved to the care home.

On 6 March, India Foreign Minister Sushma Swaraj promised her government will “spare no efforts” to rescue the missing Salesian priest. “Yemen is a conflict zone. We do not have an embassy there. But we will spare no efforts to rescue Father Tom Uzhunnalil,” she said via Twitter.

The foreign minister also confirmed that Sr. Sari had been moved to a safe location and was “being evacuated” from Yemen.

Initial media reports after the attack had blamed Ansar al-Sharia for the killings. But the Islamist group linked with Al-Qaeda promptly denied responsibility: “This is not our operation, and it is not our way of fight,” they told Arabic media sources.

On 6 March, Yemeni security officials blamed the attack on militants of the self-proclaimed Islamic State and accused them of taking away Fr. Uzhummanil during the raid.

Militants of both Al-Qaeda in the Arabian Peninsula and Islamic State have exploited the chaos and lawlessness prevailing nationwide since Yemen’s civil war erupted in 2014.  According to the United Nations, more than 6,000 people have been killed and 2.4 million people displaced in the fighting between the Iran-backed Houthi rebels in the north and the Saudi-backed government in the south.

“We knew that the situation was difficult and that the sisters were running a certain risk,” Bishop Paul Hinder, apostolic vicar of the Arabian peninsula, said after the attack.

“The Missionaries of Charity died as martyrs,” he told Catholic News Agency. “For me there is no doubt that the sisters have been victims of hatred – hatred against our faith.” He said he believes they were targeted because certain radical groups in Yemen “simply do not support the presence of Christians who serve the poorest of the poor.”

But the bishop stressed that this violent Islamist attitude “obviously goes against the mainstream thought of the Yemeni people, the majority of whom appreciate the presence of the Missionaries of Charity as well as their dedicated service to the poor.”

Back in July 1998, three sisters of the Missionaries of Charity had been shot dead by a Muslim extremist near the nuns’ Yemen clinic for the elderly and impoverished in Hodeidah. The apprehended killer, who told police he would “go to heaven for this deed,” accused the nuns of trying to convert Yemenis to Christianity.

Four of Mother Teresa’s convents were set up in Yemen after the invitation of the then northern government in 1973. The Catholic sisters still serving in these convents in Hodeidah, Taiz, Sanaa and Aden care for mentally and physically challenged children and elderly people.