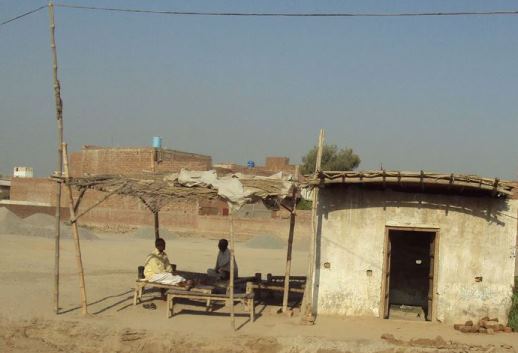 At least 10 Christian families have fled a village in eastern Pakistan after a man from a Christian community, who apparently converted to Islam ten years ago, was accused of sending a blasphemous message on Facebook Messenger.

Tensions arose in Kot Amam Din village, near Sheikhupura, after 30-year-old Usman Masih was charged with committing blasphemy. Even though he and his wife had both apparently abandoned their Christian faith, his Christian relatives have been subject to “guilt by association” from the local community because a blasphemy accusation can spark mob violence.

“My uncle Jagga and his wife were called by their landlords, who told them to leave the village, or they would face dire consequences,” explained Masih’s cousin, Waris. “Since then, at least 10 Christian families have locked their houses and gone to their relatives for an unspecified time.”

However, local police officer Sarfraz Khan Virk told World Watch Monitor that “the Christian community is safe and well-protected, and a police contingent is present there”.

It’s the third time in a month that police in Pakistan’s Punjab province have had to provide protection to Christians after a blasphemy accusation.

On 6 May, in Mandi Bahauddin, a police contingent was deployed for the protection of Christians after Imran Masih was accused of watching on his phone a speech by a controversial US-based pastor, who preaches against Islam. Then, on 16 May, in Gujrat, a young woman was accused of using an advertising banner bearing the name of Prophet Muhammad as a floor covering.

What happened in this latest incident?

“On 23 May, Usman was at a bus stop, when about eight members of a Christian family attacked him. The fight took place because of an argument about Usman posting cropped pictures of female members of their family on Facebook.

“Usman was alone, while there were eight of them, so they brutally beat him. One of them, Nawaz Masih, hit him with a brick. His head was severely injured and we took him to hospital.

“We also filed an application for registration of a case against the assailants at the police station. While we were in the hospital, the police called and told us that Usman was sought in a blasphemy charge. I personally went with Usman and handed him to the police, but he had done no such thing.

Why some Christians convert to Islam to marry

Christian couples who face family restrictions on their marriage – for instance due to status or income disparity – can find it more convenient to convert to Islam in order to get married. In that case, Muslim clerics and the state machinery become supportive of the couple. (Otherwise, the bride’s family can file charges of abduction and rape, after which the couple may face a long legal battle and even police torture to prove that they married of their own free will).

Human-rights activist Khalid Shahzad told World Watch Monitor that Usman Masih converted to Islam 10 years ago “in order to marry Farah Noor” (whose parents had rejected his request to marry her).

“Usman and Farah had been studying in the same school, and they liked each other,” he said, “but their families objected to the relationship.

Waris Masih added: “Usman had been engaged to Farah, but her family broke up the relationship. Later, they lodged a criminal case against Usman for abducting Farah and he spent about seven months in jail. When he came back, Farah still eloped with him and then they married under Muslim marital rites, so that her family could not take any further legal action in Lahore, where they had married. Since then, Usman is leading life as a Muslim.”

The police, however, registered Usman’s blasphemy case under his family name, “Masih” (which stems from “Messiah” and has been used for whole Christian communities for many years in Pakistan).

Police officer Virk said Usman Masih was already under investigation for allegedly blackmailing women, but that “committing blasphemy is yet another thing and we are trying to ascertain if that actually took place”.

“Usman’s laptop has been taken into custody and will be [analysed],” he said. “Usman is rejecting the claim that he has posted any blasphemous content. The message was sent last August from someone else’s Facebook identity, so the cyber-crime branch will ascertain if that post was sent out by Usman or not.”

The complainant in the blasphemy case is Ahsan Asmat, whom Waris Masih says is a “very close friend” of the family alleged to have carried out the beating.

Asmat’s statement to the police reads: “Usman Masih … is sending blasphemous messages against Islam on my mobile phone … I warned him, but he does not abstain from sending such messages. He also blackmails young women. It is requested that he be immediately arrested.”

Khalid Shahzad, of the National Peace Council for Interfaith Harmony, said: “The complainant [Asmat] claims that the messages were received on Facebook Messenger on his phone. Several people from the village confirmed that Usman has a reputation for blackmailing women and that the issue had been going on for about six months now. Usman’s wife had also been living with her parents because of these things.”