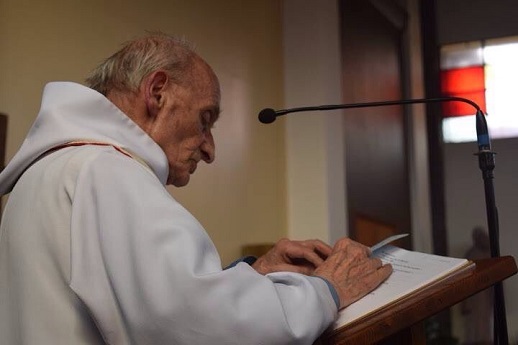 The 26 July killing of a Catholic priest in his church in St. Etienne du Rouvray, France, once again has pushed jihadist violence into the headlines. The so-called Islamic State claimed responsibility for the murder, committed by two knife-wielding attackers who were shot and killed by police.

What pushed the story onto Europe’s front pages was its location – France, which, since the January 2015 mass shooting at the Charlie Hebdo magazine office in Paris, has suffered nearly 240 deaths in more than 10 attacks by people claiming allegiance to IS. Though Christians, of course, are among the victims of those attacks, the 26 July murder of  Rev. Jacques Hamel as he celebrated mass was the first to target Christians specifically, in a church.

“This tragic attack, so close to home and following other recent horrors, is another example of the persecution we see all too often in countries around the world,” said a statement released 26 July by Open Doors UK, the British arm of Open Doors, a global ministry that supports Christians who live under pressure because of their faith.

Open Doors International – in its World Watch List 2016 – documented reports of more than 7,000 Christians killed and more than 2,400 churches attacked globally in a single year alone – the 12-month period ending 31 October 2015. Here are examples of just a few of the times and places where Christians have been specifically targeted.

An incomplete survey of recent violence against Christians

Click here to read this Story Map in full size in your web browser.

Or, if you want to stay on this page, use the arrows in the Story Map below to move through the survey. Use the scroll bar to move the text up and down as necessary.