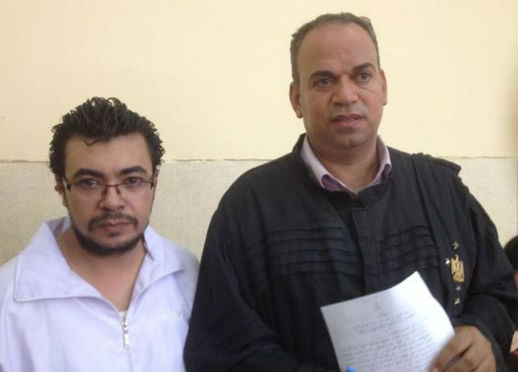 During Hegazy’s
periods of incarceration, he was subject to different forms of abuse.World Watch Monitor

Egyptian lawyer Karam Ghobrial was clearly distraught as he talked about the saga both he and his client, once Muslim-turned-Christian Mohamed Hegazy, have endured over the past month. That was before Hegazy – the first Egyptian to openly seek, in 2007, a change from Muslim to Christian on his ID card – finally declared on Friday, 29 July his return to Islam, the departure from which has caused him endless woes.

In late June, a court had ordered Hegazy – then still a Christian – be released on bail for charges that should not have been brought in the first place: charges, the lawyer insists, which had either passed their statute of limitations, or from which he was already cleared.

Yet the man who dared to ‘officially’ leave Islam could not walk free for weeks – until now. And he has publicly blessed Muhammad as “the Chief-most among Allah’s creation” on a YouTube video, in which he also spells out the Shahada, the Islamic proclamation of allegiance.

Hegazy broke new ground in 2007 as the first Egyptian to openly seek a change from Muslim to Christian on his ID card. He took a new ‘Christian’ name, Bishoy Armeya, but his government ID card from 2010 still showed his original ‘birth’ name.

It was a step he judged necessary to save his son the suffering he has borne under a system mandating religious identification on every Egyptian’s ID card, the path to one’s own civil existence in the country. He had become a Christian, of his own choice, at the age of 16, in 1998. In 2002, he was briefly jailed and tortured, then – later with his family – went into hiding. In December 2013, Hegazy was re-arrested, and charged with two counts relating to 2009 and 2013 – one for “protesting without permission” and the other for “defamation of religion“. The first, says the lawyer, he had been cleared of, while the statute of limitations expired on the second while he was still in jail. Still, Hegazy had been kept in prison anyway.

‘Go to the court and check’ 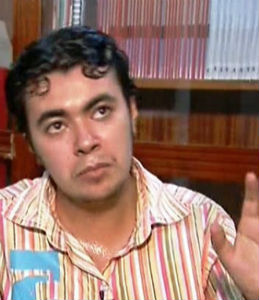 During the length of his conversion to Christianity, Hegazy was never allowed to lead a normal lifeWorld Watch Monitor

The latest episode of the convert’s ordeal started on 29 June 2016, when the New Cairo Fifth Settlement Court ordered Hegazy be released on a bail of EGP 5,000 ($US 560). When lawyer Ghobrial tried to carry the order through, he found himself and his client in a procedural maze that, over the past month, took them to nearly half a dozen jurisdictions around the country:

“It is most unfortunate that, just as I feared, my client has not been allowed to walk free,” said Ghobrial to World Watch Monitor, in the middle of trying to effect a release order that should have normally taken a day, but was still dragging on for much longer – with no hope in sight.

In an atmosphere of misinformation, orchestrated by the police, the prosecution and the prison authorities, the only source of reliable information about his client came from messages by fellow detainees leaked to their visiting families, and in turn to the lawyer.

With nothing having happened for three days, the lawyer decided to meet the chief warden of Tora Prison, where Hegazy had been held intermittently since 2013. “I went early in the morning of 29 June to know why my client was not released, despite the judicial order. The warden told me he received no court order. ‘Go to the court and check,’ he said.”

For a client to be detained – with no legal reasons left for their detention – contravenes Egypt’s laws and Constitution.

At the court, the lawyer was told the order had indeed been dispatched. “Back at the prison, I was told the least they would accept – in absence of a court order – was an order by the prosecution office, thus sending me back to the court a second time [a distance of about 30 kilometres each way].”

Eventually, Ghobrial managed to get the prosecution order. “It was then that the warden refused to let Hegazy go. He said he could not release him in the absence of an ID or a birth certificate to identify the inmate scheduled for release.”

The lawyer protested that it was on the grounds of Hegazy’s established identity that he was kept in prison for so long. But Ghobrial was given no satisfactory answer.

Now Ghobrial had to produce a copy of Hegazy’s birth certificate. To do that, the lawyer had to obtain a new Power of Attorney, including a specific phrase to allow him to have a birth certificate issued on behalf of his client.

“The registry clerk resisted giving me the document with the specific wording,” Ghobrial said, believing the “collective intransigence had to do with my client’s disavowal of Islam” at the time.

After haggling, Ghobrial managed to get the paper and thereafter the birth certificate. The warden released Hegazy, but only to the custody of a downtown Cairo police station.

While his client was in the holding cell of al-Khalifa Police Station, Ghobrial was going through the motions to carry out the bail order.

Now the al-Khalifa police officers insisted Hegazy must first be dispatched to Port Said, a city 200km east. They said it was the “natural” next step, since the birth certificate indicated the city as the client’s birthplace.

Aware of the toll the journey could take on his already exhausted client, with conditions in the transfer van “arguably well below human”, Ghobrial tried instead to have Hegazy moved to Ain Shams Police Station, in an area well within the boundaries of Cairo, “as his passport was issued from Ain Shams”.

“Upon this, the officers at al-Khalifa police station said he would be moved to Ain Shams Police Station instead.”

Yet a word from the inside to the lawyer revealed that the police, contrary to their assurances, were about to move Hegazy south to Minya (260km away), while keeping Ghobrial in the dark.

“When confronted, the police said they were acting upon an urgent notice from the State Security, who wanted Hegazy in Minya”. The State Security is the body of agents renamed “National Security”, empowered to halt release of individuals considered of “particular concern”.

Further paperwork had to be done in Minya to confirm the original release order. Hegazy was then brought back to Cairo’s al-Khalifa station before he could be moved to the police custody in Ain Shams upon his lawyer’s request.

‘Nowhere to be found’

“By this time, we’re already into the small hours of Monday 4 July, and I’ve lost touch of my client’s whereabouts,” Ghobrial told World Watch Monitor a month ago.

Fearing his client could already be in Ain Shams but “hidden” from him by the police there, Ghobrial tried the help of a parliament member.

But is it at all imaginable that the police could hide someone in their custody from his lawyer? “Everything is possible,” replied Ghobrial.

After a search, Ghobrial learnt his client was remanded in al-Salam police station, an hour’s drive away from Cairo’s Ain Shams police station.

We cannot be in his shoes and know what kind of pressure he endured.

“When I went [to al-Salam], they told me the person I was looking for was not in their custody.”

Back at al-Khalifa, the police told him his client was now in Ain Shams. At Ain Shams, the man who had defied Islam’s apostasy law was again nowhere to be found.

“Over the course of two trials, my client was acquitted in one and the other expired two years ago by its statute of limitations, yet Hegazy has been through scores of hearings and orders of protective custody.

“For a client to be detained somewhere unknown to their lawyer, with no legal reasons left for their detention, this contravenes the country’s laws and its Constitution. Yet, in Hegazy’s case, it’s precisely what’s happened,” said Ghobrial.

Despite Hegazy being of age (34), “his release was conditioned by the acceptance of his parents to keep him under their control,” said a source, on condition of anonymity.

Now a video posted on YouTube on 30 July suddenly shows a “repentant” Hegazy declaring he has returned to Islam.

In it, Hegazy apologises to his family and says he will never talk again to the media.

I am under no pressures from anyone. I am not being held by any agency.

“I want nothing from this video. I have no desires. I will not appear again in the media. I will not appear again publicly. […] I say this out of my complete free will. I am under no pressures from anyone. I am not being held by any agency, nor am I under any pressure of any kind. And that’s it,” said Hegazy, in an apparently well-rehearsed statement.

“None of us was there during his three years in jail,” said a source close to the proceedings. “We cannot be in his shoes and know what kind of pressure he endured – either during his prison time, or from his family, who wanted him to be released.”

Egypt asserts – both in its own new Constitution, which was approved in January 2014, and by virtue of its international legal obligations – respect for freedom of belief, and human dignity.

Due to long-standing prohibitions against apostasy, a Muslim who abandons Islam is considered to have committed an offence worthy of death. According to a 2013 Pew Research poll, 88 per cent of Egyptian Muslims favour the death penalty for anyone leaving Islam.

*The system of ‘religious registration’ – prevalent across the Middle East – which identifies every human being within the legal system as an adherent of a particular religion, is the subject of ‘Identity Crisis’ by Jonathan Andrews (Gilead Books Publishing).