The main gate to the Warsak Dam Christian Colony, where Samuel Masih, 55, was killed.World Watch Monitor

A funeral was held on Saturday (3 Sep.) for the Christian cleaner killed during the 2 Sep. attack on a Christian colony in Peshawar, north-western Pakistan.

Four suicide bombers carrying automatic weapons were waiting at the gate to the colony, which is locked every night. When Samuel Masih, 55, opened the gate on his way to work at around 5.30am, they shot and killed him. Two policemen were injured as they fought off the attackers, who were all killed.

“We are thankful that the army quickly arrived at the scene; otherwise, there would have been great bloodshed that morning,” Samuel’s eldest son, Waqar, 27, told World Watch Monitor.

“We are just simple people. Why did they attack us? How will we ever feel safe?”

The Masihs are one of around 30-40 Christian families living in the colony, known simply as “Christian Colony”. Samuel Masih arrived in 1955, when his father, Sardar, came looking for work at the nearby Warsak Dam. The colony was created specifically for Christians working at the dam, for the Water and Power Development Authority.

Samuel had worked there his entire life, until taking up a new job last year as a cleaner with the Peshawar Development Authority. His son, Waqar, took over his previous job at the dam, like his father and grandfather before him. 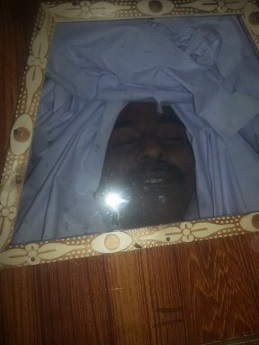 Razia Masih told World Watch Monitor that her last conversation with her husband had been to discuss wedding preparations for one of their children.

“I prepared breakfast for him that morning and did not know that we would never meet again,” she said.

One of Masih’s nieces describes the moments before her uncle’s death:

“The security guard at the gate received a call from Samuel. He was screaming and saying, ‘Shut the gate immediately. I have been shot in the leg, I have seen the terrorists; they have crossed at the Kabul River and are attacking us. Shut the gates and call the military liaison for our area’.

“The rest of the time Samuel called on his Lord and I could only hear bullets that sounded like they were firing in all directions.

“Samuel made it to the gate, was able to alert security and saved the lives of tens of Christians in the 40-strong housing colony.

“Our uncle was buried with full military honour, wrapped in the Pakistani flag. We did not see his body, but we were told by the military that the terrorists eventually hacked his body with knives, before the suicide bomber blew himself up. We did not know my uncle was dead for a long time, as the army had to cover it up and keep panic in the community down. For a long time we thought no-one was dead and we thought our uncle was on duty with the security forces.

“We were just about getting ready for the service for the memorial of the 2013 All Saints bombings. Now this! Does it ever end?”

“We will miss him dearly, but he saved our lives and for his prayerfulness and his courage we give thanks.

“We were just about getting ready for the service for the memorial of the 2013 All Saints bombings. Now this! Does it ever end?”

Another man who lives in the colony with his wife and four children said: “We are all alive, our children are alive. We cannot think. We are thankful to security forces. But tomorrow they may do it again. Will they keep trying? We are just simple people. Why did they attack us? We know how much [ammunition] they had on them. We are almost 40 families living here. How will we ever feel safe? We are only a small community.”

“What is alarming is that the Warsak Christian Colony was targeted by this IS affiliate,” said a local law enforcer, who did not wish to be named. “The fact that they see a Christian colony on the same level as a court house [where there was another attack] that dispenses justice in this country was highly worrisome because it demonstrates yet again that Pakistan has been targeted as a defiled state that needs to be purged and cleansed. Our judiciary is targeted because of our failure to go fully with Sharia, and our people are targeted to purge the populace of un-Islamic presence.”

WHY DO MOST PAKISTANI CHRISTIANS HAVE MENIAL JOBS?

Christians account for just 2% of Pakistan’s 180 million population, and the vast majority are uneducated and have menial jobs, such as street sweeping or cleaning.

At the time of partition of the Indian subcontinent into India and Pakistan in 1947, hundreds of thousands of people crossed the newly created borders. Before partition, most Christians worked the land for their Sikh agricultural landlords. At partition, Hindus and Sikhs left for India and Muslims left for Pakistan. “At least 50,000 Christian families were rendered jobless in Pakistani Punjab after the lands evacuated by Sikhs were given to Muslim migrants,” said Salamat Akhtar, a former professor of history. “These labourers had no choice but to seek employment in cities in whatever occupation was available.”

He added that the government “deliberately pursued a policy to keep Christians in this occupation once they got trapped in it in 1947”.

As President of the All Pakistan College Teachers’ Association, he met the Education Secretary in Islamabad in 1980. “Not knowing I was a Christian, the Education Secretary said the government was worried that a large number of Christians were obtaining education,” said Akhtar. “If all the Christians would be educated, then no-one would be left to sweep our roads and pick up garbage. The Secretary said the government was following a policy that only half of the Christians could become educated while the rest of them remain in this occupation.”

“Most Pakistani Christians today still do the same work as their ‘untouchable’ ancestors: sweeping the streets and doing other menial jobs deemed ritually or literally unclean by higher-caste Hindus,” wrote Ethan Casey for Christianity Today.

Afzal Masih, a Christian, told the Express Tribune: “I am a sweeper, my sons will be sweepers and, in the future, so will my grandsons.”