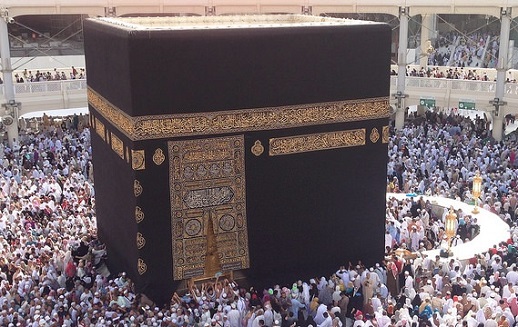 Nabeel Masih, 16, is alleged to have “defamed” the Kaaba in Mecca, the building at the centre of Islam’s most sacred mosque.Amalia Sari / Flickr / CC

A 16-year-old Christian boy has been accused of committing blasphemy by “liking” and sharing a post on Facebook which “defamed and disrespected” the Kaaba in Mecca, the building at the centre of Islam’s most sacred mosque.

Most of the Christians in the boy’s village have since fled their homes for fear of an angry backlash against them.

At around 3pm on Sunday (18 Sep.), several police vans raided Nabeel Masih’s house in Dina Nath village – in the Kasur district of Punjab province, 30 miles southwest of Lahore. There are at least 300 Christian homes in the village.

The complainant, Akhtar Ali, filed this accusation at the nearby Phoolnagar Police Station: “On 18 September, I was with my friends Bakht Khan and Saddam … We took our friend Waqar’s mobile phone and started seeing pictures of his various friends on Facebook. But when we opened Nabeel Masih’s profile, there was a picture posted in which the Kaaba is defamed and disrespected. Seeing that picture, our religious feelings were hurt.”

“It was only a mistake and he clearly stated that he did not intend to hurt [anyone] but to condemn the post.”

Nabeel’s cousin, Imran, 24, told World Watch Monitor that Nabeel had nothing against Muslims and meant no harm.

“It was only a mistake by him and he clearly stated that he did not intend to hurt but to condemn the post,” Imran said. He added that Nabeel is illiterate and works as a labourer in a nearby ghee factory.

Pastor Samuel Masih, who was visiting his sisters in the village, said that, although everything seemed calm, “many of the Christians have left the area due to fear of security”.

Phoolnagar Police Station head, Shahbaz Ahmed Dogar, reiterated that everything was under control and urged Christians to return.

“There was no announcement from mosque loudspeakers or any gathering of people,” he said. “Those who have left the area have taken only precautionary measures and I would encourage them to return to their houses.” 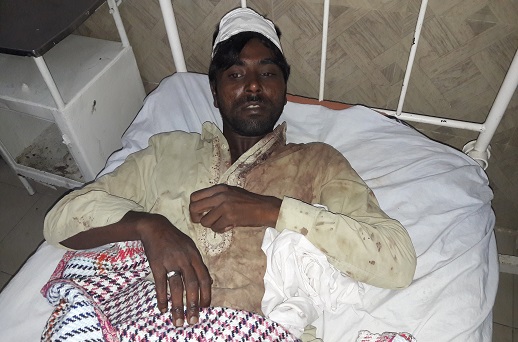 Shahzad Masih, 25, his brother Zahid, 23, and his mother Parveen, were hospitalised after the attack.World Watch Monitor

Meanwhile, a poor Christian neighbourhood in a remote village 20 miles south of Faisalabad came under attack after Muslim Friday prayers on 16 September.

Five people were hospitalised, including two women who also faced public humiliation after their clothes were torn, but police said the injuries were not sufficient for the formal registration of a case.

At least 20 men armed with sticks and firearms attacked the Christian neighbourhood – in the village of Chajwal, in the Samundri district. The incident took place only the day after the Punjab Minister for Human Rights and Minorities Affairs, Khalil Tahir Sandhu, told local media that “minorities in Pakistan are more secured (sic) than [in] other countries of the region”.

Villager Razaq Masih, 55, lodged a formal complaint at the Samundri Saddar Police Station, in which he named six alleged attackers. He said that, at around 4pm on Friday, those six, alongside 30-35 others, came to the village, “yelling that today they would teach a lesson to these ‘chuhras‘* … [and] attacked the Christians”.

Masih added that the assailants had stormed into the house of a Christian woman, Sharifan Bibi, “torn [her] clothes” and “while beating her, dragged her … out of the house”.

“My sons are labourers and they had just returned from their work. I tried to save my sons, after which they beat me with clubs and attacked us with bricks.”

Parveen Bibi said she was also beaten as she tried to protect her two sons – Shahbaz, 25, and Zahid, 23.

“My sons are labourers and they had just returned from their work,” she told World Watch Monitor from her hospital bed. “I [pleaded with the attackers] and tried to save my sons, after which they beat me with clubs and attacked us with bricks.”

Arif Masih, 55, who also works as a labourer, was returning home from a wedding when he was beaten.

“I could not even understand why they were beating me,” Masih told World Watch Monitor at the hospital.

Hundreds of Christians from the village gathered together on Sunday evening (18 Sep.) and resolved to seek justice. They told World Watch Monitor the attackers must have had support from local politicians, which is why the police had refused to officially register the case, and said they were fearful of further attacks.

“About 300 to 400 Christian households are in Chajwal, whom the influential community of Gujjars [an agricultural caste] have been trying to suppress for a while,” said Shahid Masih Paul, chairman of Christ Assemblies International, a Pentecostal group. “The Gujjars are influential in the area. Decades ago, these Christians were dependent … on [these] landlords, but over time their number has decreased and most of them work as labourers in the city.”

What sparked the attack? 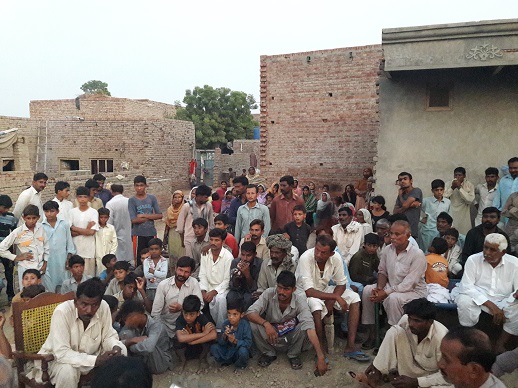 Christians gathered on Sunday evening (18 Sep.) and resolved to seek justice. They said they suspected the attackers had support from local politicians and that they were fearful of further attacks.World Watch Monitor

Razaq Masih told World Watch Monitor that he had been sitting with a Muslim man in front of some Christian homes, when some Gujjars, as well as people from the Julaha (weavers) caste, arrived and wanted to beat up the man.

“They had a grudge against him because of a relationship he had a year ago with a young woman, who was also Muslim,” Masih explained. “The Christians intervened and said that if the relationship had ended, then why should he be beaten? Within no time, about 30 men arrived, yelling that we will teach these ‘chuhras‘ a lesson for raising their heads [to defend the Muslim].”

Chairman Paul said that the Gujjar and Julaha communities had long wanted to direct their sewerage water into the cesspit beside the Christian community, but that “Christians have been refusing because they think that the pond would then overflow and their houses would be inundated. That is the core issue. It is not bearable for the Gujjar and Julaha that these poor Christians, who have long been their tenants, have started to resist them.”

Razaq Masih said all the Christians live on government land. “They have not been able to buy the land, but for decades they have been living there. If the [Gujjars] are allowed to channel their sewerage water there and it inundates the Christians’ houses, they would then have to leave the village.”

Rao Kashif, provincial parliamentarian for Pakistan Muslim League-Nawaz, told World Watch Monitor that he could not confirm whether or not the Christians were beaten up. 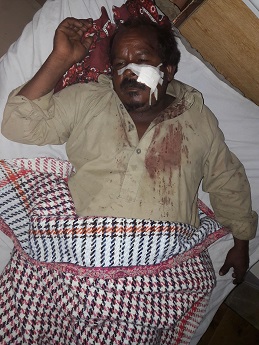 Arif Masih: ‘I could not even understand why they were beating me.’World Watch Monitor

“I regularly come to my office but how can I know if none of them has come to me?” he said.

The Christians complained that since the incident no parliamentarian has yet raised their case. In the past, many incidents of violence against Christians have taken place, which have been seen as a precursor for later evicting them from the government land they live on.

Christians continue to be regarded as lower-class citizens and are often forced to live in the less desirable parts of an area, such as close to sewerage-filled ponds. This attitude towards them is reinforced from schooldays onwards.

A recent report by Pakistan’s National Commission for Justice and Peace (NCJP) says the government has failed to keep its promise to eradicate religious “hate material”, including against minority Christians, from textbooks used in schools.

After the attack on the Army Public School in Peshawar in Dec. 2014, the government introduced a 20-point National Action Plan to discourage religious extremism and to provide a counter-narrative to promote religious harmony, saying an “end to religious extremism and [the] protection of minorities will be ensured”. However, the NCJP report, “Freedom from Suffocating Education”, claims that no curriculum reforms have so far been adopted at the school level, aside from the production of a few booklets.

This backs up the findings of another recent report by the US Commission on International Religious Freedom, which concluded: “The trend toward a more biased curriculum towards religious minorities is accelerating. These grossly generalized and stereotypical portrayals of religious minority communities signal that they are untrustworthy, religiously inferior, and ideologically scheming and intolerant.”

The NCJP report, which focused on textbooks used in the 2015-16 school year, noted that “hate material” previously identified had not been removed from the curriculum yet.