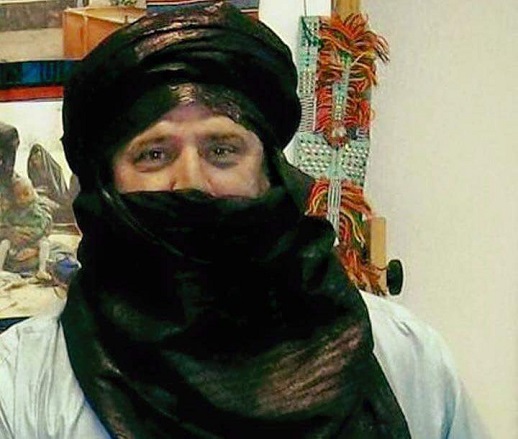 Jeff Woodke
is known in Abalak for his devotion to Niger and its nomadic populations.Jeff Woodke / Facebook

The kidnap of a pioneering American missionary in Niger is a “terrible tragedy” for the communities he served for 24 years, according to the local mayor. It has also raised security concerns among the country’s missionary community.

Jeff Woodke, 55, who worked for Jeunesse en Mission Entraide et Developpement (JEMED), a branch of the US-based Youth With a Mission (YWAM), was abducted by unknown assailants late on Friday evening (14 Oct.) from the town of Abalak in northern Niger.

Bilou Mohamed, the mayor of Abalak, told World Watch Monitor the community had “suffered a terrible tragedy” and locals “wept with sorrow, lamenting the loss of a friend” the day after his abduction. He added: “This man has lived among us for years, even in when it has been difficult to accompany vulnerable populations… Everyone knows his goodness.”

According to Niger’s interior minister, Mohamed Bazoum, a group of armed men – believed to be from a radical Islamic group called Mujao – burst into Woodke’s home at around 9pm. After killing two security guards, including a member of the National Guard who was stationed there, the kidnappers took him by force and drove towards eastern Mali, where Mujao has a stronghold.

After Woodke’s abduction, the US embassy in Niamey issued a statement advising U.S. citizens “to take appropriate security precautions and to avoid predictable travel patterns within Niger”.

Jacques Kagninde, who heads the Esprit Bible College in the Niger capital Niamey and has known Woodke for many years, said he was shocked by the kidnapping. “This is the first time a Christian missionary has been targeted,” he said.

Rev. Kagninde said Woodke was “no stranger” to the Tuareg community. “He has lived in the region since 1992 and is perfectly integrated there. He feels at home in Abalak and mixes happily with the local population. He always wears a [Tuareg] turban,” he said.

He added that Woodke speaks the region’s two main languages: Tamasheq, spoken by the Tuareg, and Fula, the language of the Fulani people.

Woodke is known in Abalak for his devotion to Niger and its nomadic populations. He runs several development projects among the Tuareg, focusing on farming, health, literacy, primary school education and improving access to drinking water, amongst other things.

He has spoken internationally on the impact of climate change on nomadic peoples and is a pioneer of “sustainable nomadism” – enabling nomads to maintain their traditional lifestyles in the face of increasingly frequent drought. He is the only American in his team.

Rev. Kagninde added: “Jeff has given everything for the Tuaregs, which raises the question: how did people of malign intent kidnap a man well-known in the community without arousing the suspicion among the local population, especially given that his house is next to that of the mayor of Abalak? The kidnappers must have been outsiders.”

Martin Brown, a British former missionary to Niger, said Woodke’s kidnapping was a shock to the missionary community in Niger and especially to those who know his family. Brown, who worked in Niger for 20 years, said his daughter had attended the same school as Woodke’s two sons.

“Jeff was very isolated up in Abalak. He was known by everyone around there, and even though he had a bodyguard, he was still an easy target,” said Brown.

Niger has experienced three terrorist attacks in the space of two weeks. One week before Woodke’s abduction, 22 soldiers were killed when armed men entered the country from Mali and attacked a refugee camp at Tazalit. On Monday (17 Oct.), gunmen – also believed to have crossed into Niger from Mali – attempted to lay siege to a high-security prison near Niamey, which is holding Malian jihadists and members of Boko Haram.

Abalak lies 400 miles (635km) north-east of Niamey, in the so-called “red zone” that Western embassies advise expatriates to avoid because of kidnapping threats against their citizens, often for ransom. A porous border separates Abalak from northern Mali, where a number of radical Islamic groups, including the Al-Qaeda-linked Ansar Dine, operate freely.

“After the shock of the first few days, the kidnapping could create a climate of fear and raise questions around placing missionaries in remote areas. In the short term, missionary organisations will be minded to not place their personnel in areas considered dangerous, but to centre their activities around large cities, and towards the centre and the south of the country.

“In the long term, it’s vital that the strategy is redefined, especially in the north, where Al-Qaeda is rampant, and in the south, which is affected by Boko Haram,” he said. “It will be about working out how missions can continue in these areas, without simply withdrawing.

“Any reflection has got to be about a skills transfer – how to form and equip Nigerien Christians for mission.”