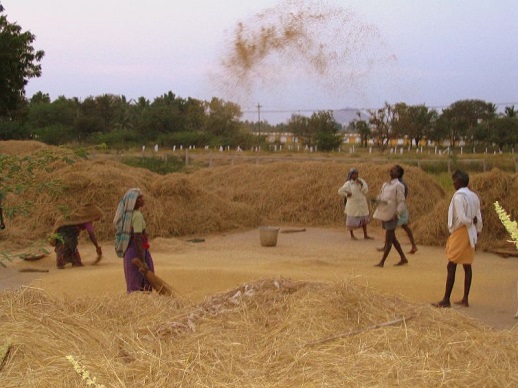 Christian Dalits, who make up two-thirds of India’s Christians, are discriminated against twice over in India – firstly for being from the caste known as ‘untouchable’, and secondly for not being Hindu, Sikh or Buddhist. Christian and Muslim Dalits are excluded from ‘Scheduled Castes’ status, which means that they are denied certain legal protections and employment opportunities that are open to Dalits who profess the Hindu, Sikh or Buddhist faiths, such as holding elected office.

The Catholic Bishops’ Conference of India (CBCI) last week (13 Dec) issued a policy document on Dalit empowerment in which it vowed to ensure that caste discrimination and ‘untouchability’ would not be tolerated within the Church, because they are ‘against the fundamental tenets of Christian faith’.

Cardinal Baselios Cleemis, Major Archbishop-Catholicos and CBCI President, told The Indian Express: “It’s a revolutionary step. We are admitting that it’s a grave social sin, an issue and a problem. It’s a sin, if you are going by the Christian spirit. This is a step to end the practice of discrimination within the Church. It’s a message as well as an introspection.”

The 32-page document, ‘Policy of Dalit Empowerment in the Catholic Church in India: An Ethical Imperative to Build Inclusive Communities,’ sets out a bullet-point plan to end caste-ism in the Church which includes promoting Dalit leadership, integrating Dalit folk culture into church services; teaching against caste discrimination in the catechism; carrying out a socio-economic census of Indian Christians; and offering scholarships at overseas institutions.

The bishops also called for an end to casteism beyond the Church, and accused the Indian state of “failing” to build a social democracy, and having a “casteist, arrogant mindset”. The bishops said casteism had remained unchallenged because of a lack of political will and a far greater interest in neo-liberal economic ideology, which had raised gross domestic product but further impoverished Dalits. They said equality for Dalits would require lobbying of “the State, bureaucracy, judiciary, media, and police”, and that they hoped to work with networks “across caste and religion” in fighting for the rights of Dalits.

Dr John Dayal, the former National President of the All India Catholic Union, welcomed the document as ‘a powerful commitment to a seminal struggle against birth-based discrimination that corrodes human dignity even as it limits citizenship and other constitutional rights’.

Dayal told Christian Solidarity Worldwide : ‘Succeeding governments have effectively strengthened caste as well as religious discrimination. In appeasing upper castes, a disservice was done to a marginalised group. While other Churches had taken a lead, this document brings the three Rites of the Catholic Church including the two Oriental churches into the frontline of the struggle.’

Dalits are under-represented in the church hierarchy. Although around two-thirds of Indian laity are Dalits, Dalits account for only nine out of around 200 active bishops in India.

Last year members of the Dalit Christian Liberation Movement (DCLM) and rights activists filed a complaint with the United Nations accusing the Holy See of not doing enough to curb discrimination faced by “untouchables” within the Catholic Church.

The group accused the Vatican and the Indian Catholic bishops of caste-based discrimination allowed “directly and indirectly in their spiritual, educational and administrative places”.

One of the activists, Kudanthai Arasan, president of the Viduthalai Tamil Puligal Katchi, told UCA News: “There are separate cemeteries for Dalit Christians. Even in the Church there are separate seating arrangements for those from the Dalit community and others. The festival choir processions do not enter the streets where Dalit Christians live,” he said, adding that in some churches even the dead body of a Dalit Christian is not allowed inside for funeral Mass.

Meanwhile, World Watch Monitor’s India correspondent Anto Akkara writes that it will be an unprecedented Christmas for the vast majority of Indian Christians because of the government’s recent withdrawal of high denomination currencies of Rs 500 ($7.3) and 1000, which has created chaos and panic across the country. While the Modi government claims it’s aimed at curbing ‘black’ money and ‘terror funds’, the number of media dubbing it a ‘blunder’ are growing by the day.

Also in north-east India, tribal Christians in the state of Manipur have been warned not to celebrate Christmas, sources have told World Watch Monitor.