While violent attacks on Christians at the hands of Islamist militants Boko Haram and the Fulani herdsmen in the northeast and Middle Belt of Nigeria have captured media attention, the persistent social pressures Christians face elsewhere go mostly unnoticed.

Despite common misperceptions that they are a minority across the north of Nigeria, Christians still form the majority in half of the 12 northern states now all under Islamic law (although they are in theory exempt from Sharia provision), while there are high concentrations (25-50%) in the other northern states.

In a remote community in the north-western, Sharia-governed state of Kebbi, Christians face discrimination and persistent pressure to convert to Islam. 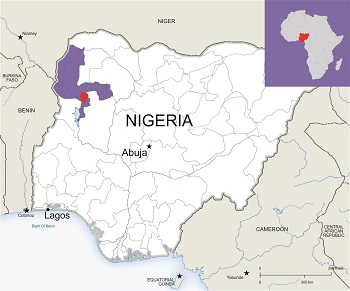 Danbango village in the Yauri Local Government Area was traditionally an animist community, but many converted to Christianity following the visit of missionaries in 2012. More recently, visits from Muslim evangelists have seen many convert to Islam. The Christians there say they also faced pressure to do so.

One Christian villager said they were promised boreholes, schools and clinics if they converted.

Another said: “When my son became very sick, I took him to hospital, but the doctors said they would treat him only if I gave up my Christian faith. I refused and took him home. Some days later he died.”

The leader of a local church, Joshua Wede, said his church has also experienced problems.

“The district head of Yauri, accompanied by a Muslim vigilante group, came to our church and disrupted the worship service,” he said. “They beat us and claimed that the land our church was built on wasn’t approved by the government. But it belongs to one of our church members, who gave it to us to build a place for our services. The mosque close by was not pulled down, despite the fact that they didn’t get additional approval to build on the land either.

“On 11 May, we were arrested and taken to prison, where we were beaten again and given hard labour. We had no opportunity to contact a lawyer, and some officials told us if we pleaded guilty we would be set free. We didn’t have anyone to speak to or anyone who could stand for us, so we agreed.

“Some representatives from the Christian Association of Nigeria came to court to plead that the hearing be postponed so that they could talk with us, but it was too late. We had already pleaded guilty. The final judgement was passed on 18 May and we were sentenced to three years’ imprisonment with hard labour or a fine of $150 each.”

Another church leader, named Kabiru, added: “I have been arrested many times on false accusations and have been imprisoned three times. It is all just an effort to frustrate evangelism.”

Other examples of discrimination in Kebbi

Danbango is one of 21 Local Government Areas in Kebbi. The state was created on 27 August, 1991 and came under Sharia rule in December 2000. Although it is sometimes referred to as the “land of equity”, Christians, who make up a quarter of the population, say they are treated as second-class citizens.

Below, Open Doors, a global charity which supports Christians under pressure for their faith, lists some examples of discrimination in Kebbi:

• When the state came into existence, three churches were relocated from the heart of the city to the outskirts. The presidential lodge was built where the churches used to stand.

• In the state capital, Brinin Kebbi, all but two churches are located on the outskirts, clustered together in one place.

• Congregations in general find it hard to get permission to build churches.

• Christian programmes are hardly ever aired on state television or radio stations.

• Job opportunities and admissions are mainly given to non-Christians. In offices, Christians are not duly promoted or paid equal salaries. In cases where they do get promoted, these promotions are often not implemented.

• There is no Christian cemetery in Birnin Kebbi. Christians have to be taken to Jega Local Government Area, 20 miles away, to be buried.

• Since its creation, only one Christian from Kebbi has ever been promoted to the State Cabinet.