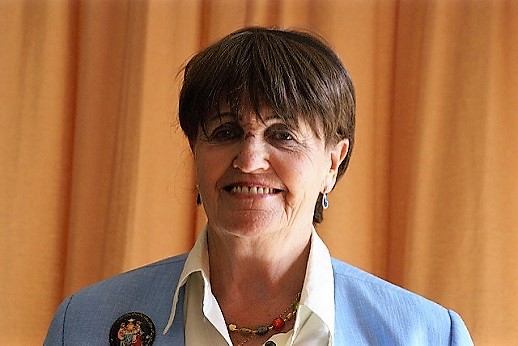 Baroness Cox: there’s ‘a disconnect at every level’ between
southern and northern Nigerian churchesBaptist Assembly 2009

Christians in the south of Nigeria are failing to help their persecuted compatriots in the north, according to a veteran humanitarian campaigner.

British peer, Baroness Caroline Cox, who has made numerous aid missions to the country, including a recent trip, told World Watch Monitor: “My personal view is that many of those churches are immensely wealthy and I would hope they could do more to help those who are suffering in the north, particularly the internally displaced people who are left.”

“They could work with churches [in the north] who know the needs to reach those most in need.

“From a Christian point of view, St Paul said that where one part of the Body of Christ suffers, we all suffer. There is an obligation to help our Christian brothers and sisters.”

The seven-year Islamist rebellion has left 20,000 people dead and about 2.6 million displaced across the four countries. Many families have been displaced several times.

Lady Cox said that southern churches sent occasional consignments of aid, but a tribal rather than national outlook often prevailed resulting in a “disconnect at every level” between Christians in the north and those in the south.

Church leaders in northern Nigeria have previously told World Watch Monitor that they do not have the resources to care for the children orphaned by Islamist militia attacks.

Lady Cox also voiced concern that the Nigerian President Muhammadu Buhari is failing to adequately respond to the increasingly frequent attacks by groups of armed Fulani herdsmen on Christian villages and leaders in the country’s Middle Belt. She suggested that the lack of “robust reprisals” could be linked to him being Fulani.

The Federal Government has pledged to establish cattle ranches to resolve the frequent clashes between herdsmen and farmers, which President Buhari has attributed to “poverty, injustice and the lack of job opportunities”. Other analysts cite climate change and desertification as factors, while ignoring an aspect that researchers such as Open Doors’ Yonas Dembele says amounts to ethnic cleansing of Christians.

On Dec. 19, dozens of southern Kaduna indigenes staged a demonstration in Kaduna city to the ongoing killings in their communities.

The protesters accused the authorities of not doing enough to stop the violence. They also wanted the whole world to know their plight.

On 14 Dec. about 7 people were killed as Fulani herdsmen raided Kugo village, in Chikun LGA, in Kaduna state. Many others were injured while dozens of houses were set on fire including food stores.

Since March 2013, at least 180 have been killed and 10,000 displaced, while hundreds of properties, including dozens of churches, have been burnt down. Some 16 villages have been overrun by Fulani, who are now fully settled with their cattle and families, according to the Evangelical Church Winning All (ECWA).

ECWA is the main church organisation in Kaduna (950 churches, over 2 million members) and most of the victims were ECWA members.

While there had long been tensions over land for grazing cattle, Lady Cox describes as a “deeply disturbing strategy” a pattern by armed groups of Fulanis of carrying out violent attacks on Christian villages, shooting dead their pastors and occupying the land, causing the Christian populations to flee.

Because eye-witnesses reported them shouting “Allahu Akbar” as they carried out their attacks, there’s also an “ideological aspect”, she said. She said this is also visible in the way the herdsmen passed through the Sharia-run states in the north without carrying out attacks.

In October a security report found that 826 Christians were killed, 878 injured and 21,000 registered displaced as a result of Fulani militia attacks in Nasarawa state alone (in the Middle Belt region) between January 2013 and May 2016.

And in February an estimated 500 people including women, children and the elderly, were slaughtered by armed Fulani in the mainly Christian area of Agatu, in what one leader said was a retaliation for the killing of a prominent Fulani three years earlier.

Asked who was arming the militias, Lady Cox suggested that while there was much speculation, Boko Haram may have a role in training them, adding: “There’s a lot of concern [the cleansing by Fulani militias is] an extension of the Islamisation of Nigeria”.

Asked whether Britain could exert influence through its provision of aid, Cox said she hopes the UK Government would address this issue, in addition to having helped the Nigerian Government combat Boko Haram. However, trying to get aid to Christians displaced by Fulani militias would be difficult, she said. “Very often the aid doesn’t reach the people most in need … they’re dispersed among communities and therefore not in UNHCR camps, and it’s hard to reach them.”