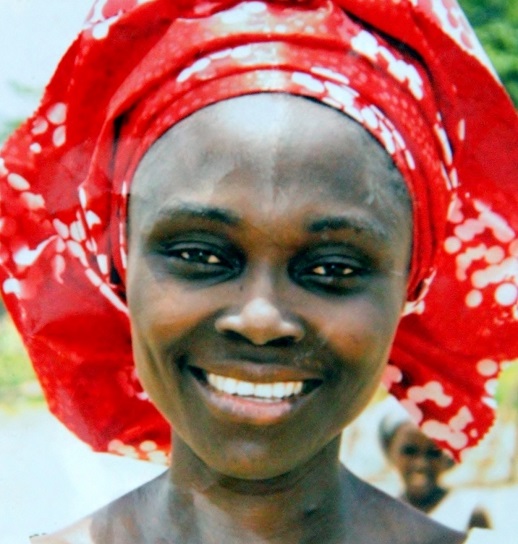 Five months after the brutal murder of a 42-year-old female preacher in Kubwa, a suburb of Nigeria’s capital, Abuja, the police are yet to name the perpetrators.

Eunice Elisha, an indigene of Nigeria’s southern State of Ekiti and a pastor with the Redeemed Christian Church of God, was murdered by suspected Muslim fanatics on 9 July. Her megaphone and mobile phone were found close to her body.

Shortly after the killing, the police said they had arrested some suspects and had commenced investigation, without disclosing the number arrested, or their names.
Five months after, the spokesperson for the Abuja police command, Manzah Anjuguri, maintains that it is still too early to disclose their identities.

“All I can say to you is that investigations are still ongoing,” he told media.

A female preacher was hacked to death in the early hours of 9 July near Nigeria’s capital.

Nigeria’s largest Church organization issued a statement 10 July decrying not only the recent violence against Christians, but the government’s “lukewarm” response to it.

”The unprovoked attacks on Christians and the authority’s inaction is becoming unbearable and may not be tolerated anymore,” the Christian Association of Nigeria said in its statement.

”We will continue to call on Christians to remain tolerant and law abiding,” said the ecumenical group, which comprises the governing associations of Evangelical and other Protestant churches, and Catholic, Pentecostal, and indigenous churches. However, “it is becoming inevitable to also call on them to buckle up and be ready to defend themselves against these incessant unprovoked and mindless attacks”.

The association denounced what it called the government’s “lukewarm attitude” toward ending the violence.

”The discrimination against non-Muslims in Nigeria under the Buhari Administration is assuming a dangerous dimension that should not be left to the vagaries of time and circumstance to resolve. Nigeria is dancing a macabre dance of death, both for the nation and for its citizens”, the statement said.

”It is time to stop the beat and let common sense guide the nation out of the present quagmire.”

Eunice Elisha, a mother of seven, had gone out to preach as was usual, her husband, Olawale Elisha, a Redeemed Church of God Pastor, told local media.

Later, two of their sons, who had been practising football, heard that a woman had been killed while preaching.

“I told my children that it couldn’t be their mother, but they insisted we should go there and check,” Elisha said . “When we got there, we didn’t see anybody, they had even covered her blood with sand.”

A police officer confirmed a killing had taken place and that the body had been taken to a police station in Kubwa, on the outskirts of Abuja.

“At the entrance of the station I saw a pickup van coming out,” Elisha said. “Inside it I saw the lifeless body of my wife at the back of the pickup van. At this point, my children and I burst into tears.”

Eunice Elisha was 42. Her surviving husband called her a zealous Christian who “rarely missed a day in church”.

Asked how he felt about the murder of his wife and her killers, Olawale said: “I see her as a martyr who died for Christ. Whether the people are caught or not, they should be forgiven.”

Police have arrested six suspects, and an investigation continues.

Elisha is only the most recent of several attacks on Christians in recent weeks. 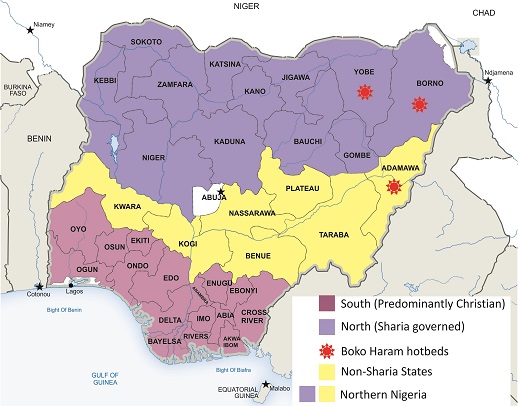 On 30 May in Niger state: Methodus Chimaije Emmanuel, 24, was attacked and killed by a mob, after allegedly posting a blasphemous statement about Muhammad on social media. Three other people, including a police officer, lost their lives as a result of violence that followed the killing. A church and a house were burnt down and 25 shops were looted.

Incidents targeting Christians are the result of growing intolerance and radicalism among Nigerian society, said Atta Barkindo, a researcher and doctoral candidate at the London School of Oriental and African Studies.

For a very long time, the focus has been on the Islamist Boko Haram insurgency in Nigeria’s north-east, Bakindo said.

As well as Boko Haram there are other extremist groups

“But apart from Boko Haram, there are a number of  extremist Islamic groups, such as Aljana Tabas in Gombe, Madinatoul Keffi in Nasarawa or Al Kour Aniyoun in Bauchi. All these states are very close to Abuja, the capital.”

They recruit from a large pool of uneducated young people migrating toward central Nigeria from the northern cities of Kano and Sokoto in the north, and they operate with little fear of punishment, Bakindo said.

“The government has done nothing in the past. People feel they can commit these kind of killings and propagate Islam, and the government can’t do anything about it,” he said.

“So the main issues here are impunity and the lack of accountability. Look at what happened in Kano, Nasarawa and Niger States. But by the end of the day, you will hear nothing, and the attackers will be set free. Impunity is a big issue in Nigeria.”

Membership of the Christian Association of Nigeria

1.  Catholic Secretariat of Nigeria (CSN) is made up of the Catholic Church in Nigeria.

2.   Christian Council of Nigeria (CCN)  is made up of Anglican, Methodist, Baptist Churches, Four Square, Presbyterian, Eternal Sacred Order of C & S,  Church of the Lord Aladura and other Orthodox Churches.

4.  Organisation of African Instituted Churches is made up of Churches founded by Nigerians (Africans) in Nigeria. These Churches have their origin in Nigeria (Africa).