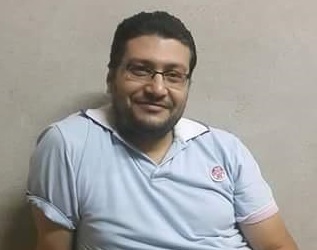 A Coptic surgeon was found murdered in his flat on Friday (13 Jan) in Upper Egypt, making him the fourth Coptic Christian murder victim in 10 days.

Married father-of-two Bassam Safwat Atta, 35, who lived in Dairut City in Asyut Governorate, had a single gash in his neck and was lying face down drenched in blood, according to a neighbour who found him.

The neighbour, Mokhles Nageh, who forced entry into the flat at the request of Dr. Atta’s wife, told World Watch Monitor that the doctor’s mobile phone and keys were beside him on the ground, along with a blood-stained knife.

Mr. Nageh, who is also a Copt, added: “There wasn’t any sign of violent struggle in the apartment. Everything was in its place and nothing was missing, including money and Bassam’s wife’s jewellery.”

Youssef Lamei was murdered in Alexandria on 3 January by an alleged “professional” killer after being threatened by Salafist Muslims.

Then on 6 January, when Copts celebrate Christmas, a Coptic couple, Gamal Sami, 60 and his wife, Nadia, 48, were found in bed, their throats having been cut. 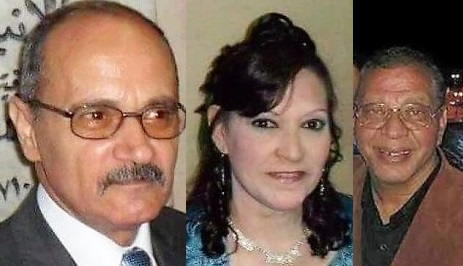 According to Nadia Sami’s brother, no valuables had been taken from their home and they had been killed because of their faith. Although the police are keen not to label the incidents as sectarian and claimed the couple had died in a robbery, Copts have been terrified by the nature of the killings and believe the victims were singled out because of their faith.

What happened on Friday?

Dr. Atta’s cousin told World Watch Monitor that Dr. Atta’s wife, Nehal Reda, a gynaecologist, was not in Dairut last Friday because she was working at a hospital in Manfalut City, 34km away. Dr. Reda asked their neighbour and Dr. Atta’s brother, Maqar, to knock on the door of their flat after she had repeatedly tried to phone her husband. She had also called a colleague at the private clinic where her husband was due to be working that afternoon, and was told he had not seen him or been able to reach him by phone.

One of Dr. Atta’s colleagues at Dairut hospital, Dr. Michael Ramsey, told World Watch Monitor: “On Friday evening at about 7pm I received a call from one of my colleagues, telling me that Dr. Bassam had been killed and was being taken to the hospital. I immediately headed there and when I arrived in reception I saw his body, with a large wound to the front of the neck, 7cm long and 2cm deep.

“It was a big shock – Bassam was a very close friend. We lost a very good man. He had a good relationship with everyone in the hospital. We learnt from him gentleness and humility. He was called ‘the doctor of the poor’ because he treated many poor people in his private clinic for free. Everyone -Muslims and Christians alike – loved him. He always sought to do good and he was well thought of by everyone.”

Mr. Nageh suggested Dr. Atta had been the victim of a professional killer: “This crime was meticulously planned and carried out by a professional killer. He chose a suitable time to carry out his crime; he knew he was alone in the apartment because his wife and two children were in Manfalut City. Plus he knew what he was doing because he cut the vein in Bassam’s neck like a professional.”

Nageh added that the lack of evidence of struggle or theft “indicates that the purpose of killing Bassam wasn’t robbery”.

Local priest Fr. Abraam Tharwat praised Dr. Atta as “very kind and religious” and said he was also known as the “doctor of the poor” in his home village of El-Kodeya, where he would treat the needy in their homes for free.

“We lost a person dear to our hearts. We ask God to comfort his family and all of us,” he said.

Dr. Atta’s body was transferred to the hospital morgue for a post-mortem on Friday evening. His funeral was held in El-Kodeya the following day and he was buried in the family cemetery.