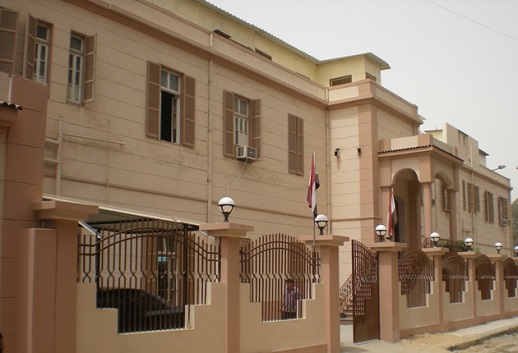 Fadi’s case was heard at the juvenile court in Banha.World Watch Monitor

A 15-year-old Coptic Christian boy has been sentenced to 15 years in an Egyptian prison for sexual assault, even though forensic reports showed no evidence of a crime.

His mother says her son, Fadi, is innocent and was targeted only because her Muslim neighbours, whose eight-year-old son was the alleged victim, “don’t like Christians”. The Muslim boy’s grandfather is imam at the local mosque.

Fadi’s lawyer, Naguib Gabriel, who is head of the Egyptian Union for Human Rights, told World Watch Monitor he was “surprised” at the verdict and the length of the sentence because Fadi “didn’t commit any crime”.

“The two medical examiners who examined the Muslim child are Muslims and absolved Fadi from this false allegation,” he said.

The alleged incident took place in May last year, after which Fadi’s family were ordered to leave their home in the city of Shibin El Qanater, 30km north of Cairo. They have not been allowed to return since then.

In June last year, the results of a forensic examination of the eight-year-old boy showed no evidence of sexual activity. Fadi’s mother, Hanaa, told World Watch Monitor she thought their ordeal was over, only to be “shocked” to learn the charges against her son remained.

Fadi’s case was brought to the juvenile court in Banha, capital of the Qalyubia Governorate, in November. After several hearings, he was pronounced guilty on 28 January.

“I want to know what my son did to be sentenced to 15 years. What is the crime he committed? Where are our rights? Our rights are lost in this country. The forensic report said that my son did nothing, so why is the court verdict 15 years? It’s because we are Christians.”

Hanaa added that she believed her Muslim neighbours disliked them because their business had been successful and they were rich.

“The boy’s father was very angry when he saw our trade growing over time,” she said. “He wanted us to leave the area because he hates Christians; he and many members of his extended family belong to the Muslim Brotherhood.”

“What did Fadi do to get such a harsh verdict?” asked lawyer Gabriel. “If Fadi was a murderer, the sentence wouldn’t be this long. He is a child and didn’t commit any crime.

“The judge’s verdict wasn’t related to law, but faith. He said he was not convinced about the forensic report and believed the allegation of the father of the Muslim child.”

Gabriel added that the forced displacement of Fadi’s family was itself a crime and that the local police and politicians were responsible.

Fadi’s family are appealing against the verdict. Their appeal will begin on 7 March.