Locked up in the palaces of rich families, abused and treated as slaves by their “owners”, sexually exploited, or almost starved to death. Such is the plight of many foreign Christian nannies and housemaids from Asian countries working for families in the Arabian Peninsula – and almost nobody knows about their situation. 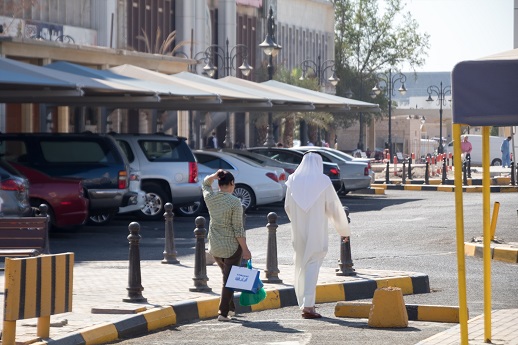 A Kuwaiti man
walks in front, trailed by an Asian woman.World Watch Monitor

Tens of thousands of young, unmarried women from India, the Philippines and Nepal work for Arab families in countries in the Arabian Peninsula. They take care of the children of rich families and perform different household tasks. Most nannies also live in the same house as their employers; they are expected to work at least six days a week – some seven days – and always to be on call for the family’s needs.

“Not all employers are bad,” says Virat*, an Asian man who ministers to Christian workers in the Arabian Peninsula. He knows some great stories about families being really kind and supportive towards their childcare nannies. Some Arab families, he says, prefer Christian nannies because of their integrity and trustworthiness.

Virat, who asked World Watch Monitor not to use his name, shares how some of these employers allow their nanny to go to church and visit friends.

“Those girls are blessed with employers who are really good,” he says. “Some others are … not very good.”

He says he knows many horrifying stories of those “not very good” Arab families who abuse their young Asian housemaids and nannies.

“Some of them see themselves as owners of these girls and really treat them like slaves, confiscating their passports when they start working there, making it impossible for them to leave,” he says.

Other families don’t feed the girls well, or they let them work hard “like machines”, he adds. “Others beat them up or abuse them sexually.”

He says he has heard accounts of nannies being killed, their bodies even chopped up and made to disappear.

“One nanny I ministered to was repeatedly raped by the three generations of men in the house she worked in – grandfather, father and son – before she could escape to safety,” he says.

Sprinkled across the Arabian Peninsula are safe houses to which such women and girls can flee. Sheltering in one of these – sometimes packed like sardines in small rooms – at least they are protected, while they await new papers and a safe way to leave the country.

However, physical safety is not always enough to right the wrongs the residents have suffered. Once it’s known that a girl has been raped, it’s very difficult for her to find someone who will agree to marry her. These women are usually seen as failures by their own governments and often also by their own families at home. Sometimes the trauma these women have gone through is so grave that they commit suicide in the safe house.

How big is the problem?

“Big,” Virat says. “At any given moment there are several hundred abused girls staying in safe houses. These young girls came here with a dream: to work hard in order to care for their families back home. Those dreams are brutally shattered by the harsh reality of modern slavery.”

The governments of the countries these women work in often turn a blind eye to the injustice being done to them because it is not happening in public. According to Virat, the abuse and enslavement of housemaids and nannies is embedded in some families’ behaviour, going back several generations.

“Evil must have been at work. Somehow it seems to be in their culture, they just think it is normal to abuse people,” says Virat. “And on top of that, they have the money. They think they can do anything because they are rich.”
In other families, the female employers are the main problem.

“Some of them can be extremely jealous of young, innocent foreign women suddenly appearing in their house,” he says. “They punish their employees by wearing them out and by forbidding them from taking time off to visit church or friends.” 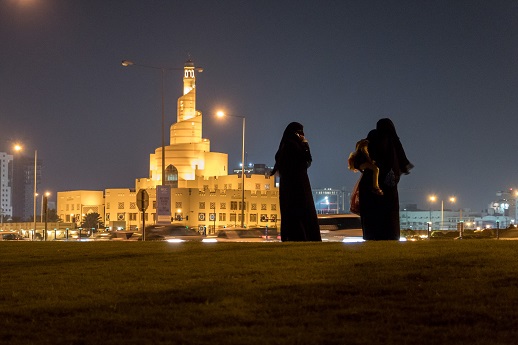 ‘Please don’t send me back’

Some stories are heart-breaking. Virat tells of a nanny who was beaten and systematically underfed by the family she worked for, and only allowed to sleep for three hours a night.

“She decided to run away and went to the office of the agency that recruited her,” says Virat. “She begged: ‘Please don’t send me back, they are going to kill me.'”

The recruiting agency contacted the employer, a rich and influential Arab man. He promised to be good to her in future and the agency forced her to return.

“Immediately after they arrived at the house, the man dragged her upstairs, locked her in a room on the third floor and told his wife: ‘She is yours now, you can do as you like with her,'” Virat says. “The wife didn’t hesitate: she opened the window and pushed the nanny out. She fell three stories and broke her spinal cord. A different family member ran outside to kick her until she was unconscious. All because she – supposedly – had brought shame upon the family.”

A neighbour’s nanny saw all this from the other side of the road and alerted the police. The nanny was brought to a hospital in a coma and, after that, to a safe house. She is still recovering from her injuries.