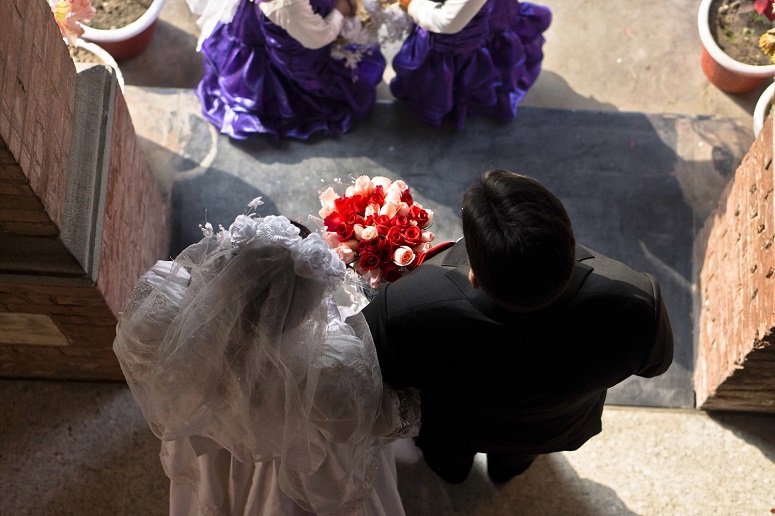 Pakistan’s High Court in Lahore has struck out an amendment in its Christian Divorce Act (1869), meaning Christians will now be able to divorce in a dignified way, without needing to resort to false accusations of adultery.

Pakistan’s existing family laws – which are applicable to Christians only – are close to two centuries old. No major changes have been made since their inception by the British when they ruled the Indian subcontinent. So they contradict most recent human rights standards, are largely discriminatory towards women and challenge many fundamental human rights guarantees enshrined in the Pakistani Constitution.

In 1977, military dictator General Muhammad Zia-ul-Haq, often credited with the Islamization of Pakistan, overthrew the democratically-elected Prime Minister, Zulfiqar Ali Bhutto. He introduced Islamic law (sharia) on rape, liquor, gambling and blasphemy. Among many other things, in 1981 the General struck out Section 7 of the Christian Divorce Act. After this, streams of Christian women converted to Islam as their only way out of an unhappy marriage.

“The Pakistani Christian community had to decide whether it wants to validate military dictator General Zia-ul-Haq’s act of interfering with their personal laws, or if it stands for equal treatment of men and women before the law, and a decent way of dissolving a marriage.”

The Lahore High Court’s restoration of Section 7 on 19 June will once again invoke the British parliamentary Law of Matrimonial Causes (1857)*.

Church leaders are concerned about the amendment, believing it will make divorce easier. But human rights activists say it will help abused women to exit torturous marriages in a dignified way. Also, since 1981, Christian couples who have wanted to dissolve their marriage – because the only other possible option was to legally prove adultery – have had to convert to Islam.

The law has Sections 7 and 10. Section 10 has different standards for husband and wife:

A husband has not only to accuse his wife of adultery, but also her alleged partner. If he is unable to name a man, then he has to say “the man is dead, so I could not know his name”, or that his wife is a prostitute, so he cannot name an exact person. Such legal recourse is insulting and takes years in court.

Section 10 violates Article 14 of the Constitution of Pakistan, which “guarantees dignity and respect to every person”, and Article 25, which says “all citizens are equal before the law … [and] there shall be no discrimination on the basis of sex”.

On the other hand, Section 7 of the Divorce Act allowed the then-Indian courts to “give relief on principles and rules…. Upon which the Court for Divorce and Matrimonial Causes in England for the time being acts”.

That was a window for Pakistani Christians to avail themselves of progressive changes in British marriage and divorce laws.

In 2015, Ameen Masih filed a constitutional writ in the Lahore High Court that he wanted to divorce his wife, but that the current law required him to allege and prove “that his wife has been guilty of adultery” and the only other possibility was a restoration of Section 7 to Pakistan law.

The question before the court was not the Christian view of divorce, but whether Zia-ul-Haq had constitutional legitimacy to delete Section 7 without first consulting the Christian community. However, most responses from the community discussed Christian theology rather than the Constitution.

Chief Justice Mansoor Ali Shah “observed submissions of the Christian ecclesiastical and political leadership revolved around their understanding and interpretation of the canonical law. Their singular argument was that divorce other than on the ground of adultery is not permitted in the Holy Bible”.

Bishop Emeritus of the Anglican Church Alexander John Malik, and Shunila Ruth (a Punjab Assembly member of the PTI party of Imran Khan, the former cricketer) informed the court that Zia-ul-Haq did not consult the Christian community when deleting Section 7. Based on the Christian community’s statements, Chief Justice Shah announced his judgment in May 2016 but there was expression among religious and political circles that the whole community leadership had not been heard. The case was reopened and had its final hearing in January 2017.

The Christian clergy in the court stated that “no-one can change any verse or order of the Holy Bible.” Their stand was supported by the Federal Minister for Human Rights, Kamran Michael, and the Punjab Human Rights and Minority Affairs Minister, Khalil Tahir Sandhu, who reportedly told the court that “divine laws could not be changed in the name of fundamental rights”.

The Chief Justice also noted that “the Christian political and ecclesiastical leadership had never opposed Section 7 when it was on the statute book prior to 1981.”

Punjab parliamentarian Mary Gill stated in the court that she stood for the equal rights of Christian women and that the discriminatory nature of the law requires that it be brought into conformity with constitutional guarantees that men and women be treated equal before law.

“The Pakistani Christian community had to decide whether it wants to validate military dictator General Zia-ul-Haq’s very act of interfering with their personal laws, or if it stands for the Constitutional fundamental rights and international human rights guarantees enshrined in the Universal Declaration of Human Rights, the International Covenant on Civil and Political Rights and Convention on Elimination and Discrimination against Women that require equal treatment of men and women before the law, and a decent way of dissolving a marriage,” she said.

*(This was when the UK law governing divorce was moved from ecclesiastical to civil courts.)