The largest meeting so far on the long-running conflict in Southern Kaduna, Nigeria has seen about 480 people, including Christian and Muslim community leaders, try to map out ways of ending the violent attacks in the so-called ‘Middle Belt’ state.

Rev. Gideon Para-Mallam, who organized the one-day meeting in Kafanchan, in Jema’a local government area (LGA) of the state, said it was an engagement platform, but warned “For peace to be achieved justice must prevail. Without justice there can be no peace”.

Issues included the need to disarm residents who hold unlicensed weapons as well as to collect up illegal arms among citizens, as well as the continuous detention of Luka Binniyat, a journalist of Southern Kaduna extraction and the re-opening of all institutions in Southern Kaduna closed by the government.

This meeting follows up many other peace initiatives held in the past in southern Kaduna, with no end to the conflict so far.

For instance, in March 2016, leaders of 29 different ethnic communities spread across five local government areas in Kaduna State signed a peace accord, also in Kafanchan. The Kaduna State Governor, Nasir Ahmad El-Rufai, was there, as was his Plateau State counterpart, Simon Bako Lalong.

That signing was facilitated by the Centre for Humanitarian Dialogue. The Centre, drawing on its successful experience in supporting the Nakuru Peace Process in the Rift Valley of Kenya in 2012-2013, focused on the herder-farmer conflict in the Middle Belt region of Nigeria to facilitate a peace process between communities. (The Centre’s initial engagement was in Plateau State in 2013 which was later extended to Kaduna state).

So far, the Centre has facilitated the Kafanchan Peace Declaration, including the erection of billboards for peace around strategic communities in Southern Kaduna such as Kachia and Samarru.

Prior to these peace treaties, the Inter-faith Mediation Centre, based in Kaduna, had facilitated the Kaduna Peace Declaration of Religious Leaders, signed by 22 senior Christian and Muslim religious leaders in August 2002 after the Sharia crisis in 2000 and the Miss World riots in 2002. 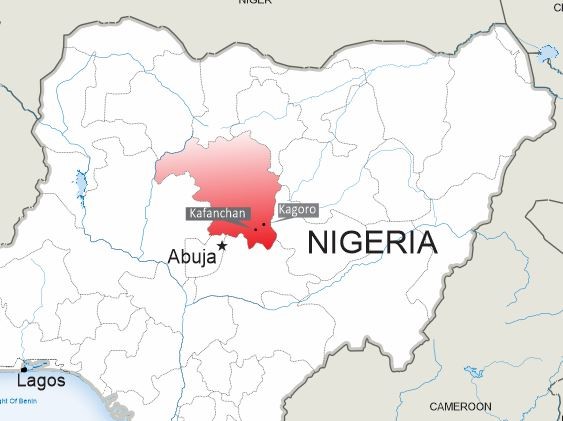 Despite these community efforts and many other security measures introduced in Southern Kaduna, reprisal attacks, kidnappings, night raids, cattle rustling and outright criminality are on the increase. On 19 July, 37 people were allegedly killed in a fresh crisis that erupted in Ugwan Uka, Kajuru LGA, 50 kilometres from the state capital, Kaduna.

Following this, Acting President Yemi Osinbajo ordered further security reinforcements in Kaduna state. Consequently, the military has deployed more troops to the area; it was these troops who were involved in the meeting organized by Rev. Gideon Para-Mallam.

Dr. Atta Barkindo, Deputy Director at the Kuka Centre, and Head of its Kaduna Office, has written extensively* on violence in central and NE Nigeria. He told World Watch Monitor that the implications of the recent peace meeting, and the deployment of the additional security services, are huge.

If past and current injustices are not addressed, unlikely conflict will end

“Grievances expressed by victims, particularly indigenous Christian farmers must be heeded. These injustices include the refusal to compensate victims, the closure of schools in Southern Kaduna – which has deeply affected the social fabric of the area – and the failure to provide security for farmers on their farms”.

“Most meetings fail to attend to the underlying issues which affect the indigenous people of the area; the perception that there is a calculated attempt to take over Christian land. This includes the recent policy of the Kaduna state government to suspend the chiefdoms of some indigenous groups while leaving out the district heads of the Hausa-Fulani herders”.

“In addition to all these, the security apparatus has excluded the voices and participation of local people who know the area and can assist the military in curbing the crisis. Thus, the security services deployed to the area do not speak the language and may be unaware of the terrain. The government has refused to enlist the assistance of the local population in tracing the routes used by attackers, and in identifying the culprits.

“Thus, complete lack of trust in government institutions, including NGOs that are perceived to have aligned with the government, are derailing the peace process in Southern Kaduna. Until and unless the root causes of this conflict are addressed, it is unlikely that peace treaties, pacts, accords, agreements and the continuous deployment of security services will end the atrocities in Southern Kaduna.

“If anything, increases in the physical presence of soldiers will give the impression that Southern Kaduna is under army occupation and this is likely to exacerbate the situation”.

Migration and Violent Conflict in Divided Societies: non-Boko Haram violence against Christians in the Middle Belt of Nigeria (March, 2015)

Our Bodies, Their Battleground: Boko Haram and Gender-Based Violence against Christian women and children in North-Eastern Nigeria since 1999, (April 2014).