Christian leaders in Vietnam largely agree that little has changed since the new Law on Belief and Religion came into effect January 1, 2018. Its potentially positive provisions are unevenly applied, and completely ignored in remote areas where ethnic minorities continue under heavy persecution and yet convert to Christianity.

On 8 December in Ho Chi Minh City, about 100 congregations of the largest registered church in Vietnam, the Evangelical Church of Vietnam (South), were allowed for the first time eight years to hold a large, outdoor, public Christmas event.  Billed as the Emmanuel Christmas Music event, featuring music and drama in a hi-tech, three-hour program, it attracted an estimated 20,000 people to Phu Tho Sports Field.  About 1,000 people responding to the call to become Christian believers following a Gospel message. 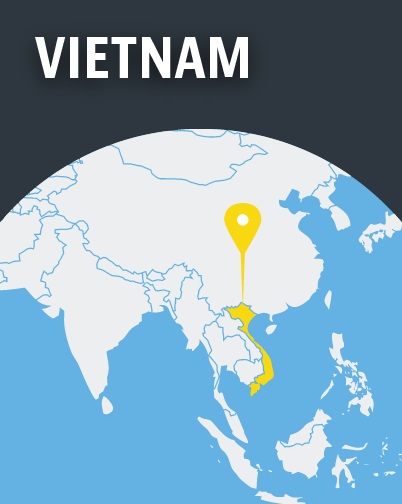 The secular celebration of Christmas has grown exponentially in Vietnam in recent years, with decoration more prevalent in large cities than in some western ones. It even has spilled into public schools with Santa Claus, gifts and “Jingle Bells” music.

The government has noticed. On 5 December the education department of Nha Be District in Ho Chi Minh City published a strong directive banning anything and everything Christmas in all public, private and tutoring schools.

Meanwhile, serious land disputes continue between the government and the Catholic Hanoi Archbishopric, which has been protesting the construction of a government school on their property in central Hanoi. In the 1970s the property, along with hundreds of Catholic- and Protestant-owned church properties, were confiscated by authorities and put to government use or sold to developers. Very few have been returned.

In 2014 new land regulations, necessary for a legal and business environment, were adopted. These include regulations on how to settle land disputes, none of which in this case are being observed by the government side. Appointments of Catholic leaders with competent officials were broken off, and low-level government functionaries sent instead. The church’s request to cease construction until the land dispute is settled was greeted with the a promise to stop construction for two days at Christmas. The government has yet to produce a building permit required by law, but construction continues. Without an independent judiciary the government continues to ignore its own rules with impunity.

Outside the major cities, heavy measures are used to try to contain the steady growth of Evangelical Christianity among Hmong and other ethnic minorities. Brutal social opposition by family and clan is encouraged and augmented by local civil and police authorities. This, not infrequently, culminates in new Christian families being permanently banished from their communities.

Since last April, a new Christian congregation of 33 people at Pha Lom Village, Tam Hop Commune, Tuong Duong District, Nghe An Province has been harassed by authorities demanding they recant and return to traditional animistic religion. Various police units and local civil authorities recently combined to form an “investigation task force”.  For four consecutive Sundays in late November and early December the large task force, including at least 20 officers in full riot gear, invaded and shut down the Christians’ worship service at a believer’s modest home. They also beat up some leaders.

Authorities informed the Pha Lom Christians that there is no Evangelical Christianity in Vietnam, threatening them with death if they refused to recant, and warning them they could expect no legal protection. For weeks the beleaguered Christians called out for help via the internet, but all such communication from Vietnam ceased suddenly on 6 December.

Many of Vietnam’s Christians leader conclude that the nearly 200 pages of new religion law and ancillary documents provide more tools for government management of religion, but certainly not more freedom for believers and religious organizations. Both Catholic and Evangelical leaders are saying these are “anxious times” in Vietnam. They point to obscure, high level intra-Party and intra-government struggles for ascendancy. Hard-liners, they observe, historically come out on top in such contests.

“We have no high hopes for improvement,” said one prominent house church leader. “So, we will just hunker down and do our business as we have, come what may.”

This article was contributed by a long-time Vietnam analyst, who requested anonymity.