Tajik authorities implementing a new religion law are barring children from attending religious services and have burned thousands of calendars with Bible verses.

Amendments to Tajikistan’s Religion Law came into force in January last year, giving the state greater control over religious education, and increase the amount of information religious organisations must pass on to the state.

The State Committee for Religious Affairs and Regulation of Traditions, Ceremonies and Rituals (SCRA) now demands “all kinds of information on the number of members, finances and activities”, a member of a religious community told Oslo-based news agency Forum 18 anonymously, fearing reprisals. 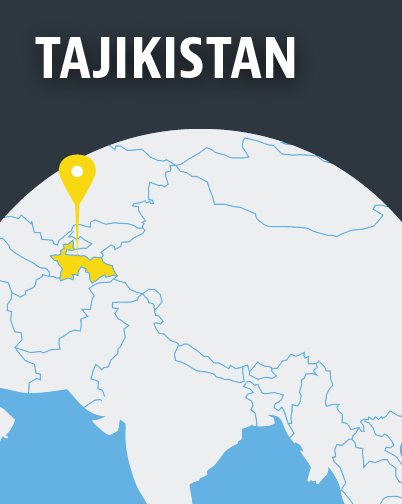 They also gather information about the number of children under the age of 10 attending religious meetings, using the Religion Law and the Parental Responsibility Law to put pressure on parents and religious communities.

In December, Mukhiddin Tukhtakhojayev, the SCRA official responsible for non-Muslim communities, made an unannounced visit to a religious community to obtain information. Forum 18 did not reveal the name of the community, to prevent reprisals.

“While Tukhtakhojayev was present, a few children under the age of 10 came in to the meeting to see their parents briefly,” a human rights defender who wished to remain anonymous, told Forum 18.

“Tukhtakhojayev did not say anything during the meeting, but a few days later summoned the leaders of the religious community for questioning. He then forced them to write a statement explaining the reasons why the children were present in the meeting.”

A few days later, the community was fined the equivalent to almost eight months’ average wage for violating the Religion Law.

In the same month, 5,000 calendars with Bible verses, which were imported by the Baptist Church, were confiscated by custom officials and destroyed. The Church also received a fine of about four months’ average wage for “producing, distributing, importing, or exporting religious literature and items of a religious nature which have not passed through the compulsory prior state religious censorship”.

A customs official told Radio Free Europe that inspection had shown the calendars had “elements of propaganda of an alien faith”, Forum 18 reported.

SCRA spokesperson Afshin Mukim told the radio broadcaster that “propaganda of a religion must be done only within the Baptist Church, and the calendars had religious propaganda in them”, and said the number of calendars was greater than the number of Baptists in the country, according to the news agency.

Tajikistan is a Central Asian country with the highest percentage of Muslims, approximately 97%, but the former Soviet republic is determined to be secular and to keep Islam under control.

Of the eight “Persecution Engines” the international religious-freedom watchdog Open Doors measures, ‘Islamic oppression’ and ‘dictatorial paranoia’ has made Tajik Christians a target of persecution.

Christian converts from a Muslim background are most vulnerable to persecution in Tajikistan, in particular from family, friends and the community, Open Doors says. Non-traditional Christian communities, like the Baptist Church, also suffer from raids, threats, arrests and fines by authorities.

The Central Asian country is 29th on the 2019 Open Doors World Watch List of the 50 countries where it is most difficult to live as a Christian.