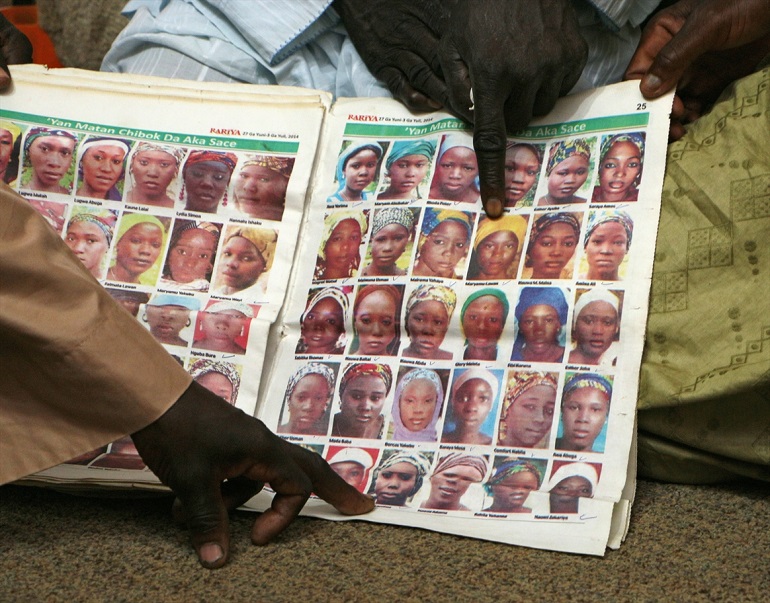 The same morning, 15 April seven years ago, he woke to hear his daughter had been abducted from her school dormitory at night. He’s not seen her since, has no idea if she is alive or dead. But amidst his anguish he pleads “Our people are being killed on weekly basis”.

This came on the 7th anniversary of the kidnap of 276 girls, even as global news headlined an attack on a humanitarian hub in the same state from which the schoolgirls disappeared into the Sambisa Forest on the night of April 14th 2014. 112 of them remain un-accounted for.

The dad pleaded ‘Even if our girls remain in the Forest, how has the government abandoned us? Why can’t it secure their parents and brothers? I appeal to [Borno] Governor Zulum…to bring peace to our land”. (There have been three attacks this week in the Borno town of Damasak, 200 miles north of Chibok, on the border with neighbouring Niger – this time by the Islamic State, West Africa Province (ISWAP), which has splintered away from Boko Haram.

Other figures from Chibok echoed his plea “If Nigeria does not rescue our Chibok girls, there’ll be no peace in Nigeria. Boko Haram is increasing in many ways. No amount of intimidation will stop us demanding your [the girls’] rights” said one into the camera. Asked what she would say to her daughter Sarah in case she might be watching, Mrs Samuel said ‘Keep hope alive; we wait for you’.

Sarah will soon turn 25, so was kidnapped at the age of 17. Mrs Samuel also apparently shocked her audience by saying she had not heard anything from the government since the release of 82 of the girls in May 2017.

Event speakers all said they struggle to understand why recent mass school kidnaps (there have been at least three this year alone) have seen those children freed almost the very next day.

They point to initial denials and incredulity by the state and federal authorities; indeed the President at the time of the 2014 mass abduction, Goodluck Jonathan, eventually ordered an inquiry into the circumstances surrounding the mass kidnap because his government denied the incident had even happened for the first two weeks. The inquiry, led by retired Army-Gen. Ibrahim Sabo submitted its report on 20 June, 2014 but it has never been published and nothing has been heard of it since, according to one of the speakers.

Hence the slogan for this week’s event: “Bring Back our Girls- now and alive! Disclosure and closure” – disclosure of the Sabo report and closure for the abducted girls, their parents and communities.

Attendees heard that twenty parents have now died before seeing their daughters – again, most of them from high blood pressure or other stress-related medical conditions.

Seven years ago, a report showed how the Chibok girls’ kidnap appeared to be part of the Islamist group’s strategic approach to destroy the Christian community in N. Nigeria, where in some states, Christians still form a significant minority.

Keynote speaker, Cardinal John Onaiyekan, who retired a year ago from his role as Catholic Archbishop of the capital Abuja, said that the failure of President Buhari to fulfil his promise to defeat Boko Haram ‘by December 2015’ showed ‘graduating incompetence’. He pointed out that the Nigerian army has claimed to have killed the group’s leader Shekau at least four times. He also said that Chibok had led to kidnapping becoming an industry in Nigeria. He also compared the fact that 42 people – teachers and boys – kidnapped in Niger state had been found and freed after ten days, on 27 Feb this year, while one lone Christian girl Leah Sharibu remains in captivity more than three years after abduction, together with UNICEF nurse Alice Loksha, who was kidnapped in October 2018.

Aid groups estimate that more than eight million people in the north-east are in urgent of humanitarian assistance as a result of the 10-year Islamist insurgency.