A new cathedral being built in Bahrain will serve as the ‘seat of government’ of the Catholic Church for the northern Persian Gulf, reports AsiaNews.

The Cathedral of Our Lady of Arabia, patron saint of the Arabian Peninsula, to hold 2,000 people, is some 20 km outside the capital Manama, on land given by the King, Hamad bin Isa Al Khalifa.

Construction, started in June after a ground-breaking ceremony attended by church members, senior government officials and ambassadors, should be completed by the end of 2021.

It will be in a compound, to include accommodation for the episcopal curia (a court), a guest house, educational and pastoral outreach facilities and offices.

Last year the King a published a declaration that advocated freedom of religion for all. In it he “unequivocally reject[s] compelled observance”. 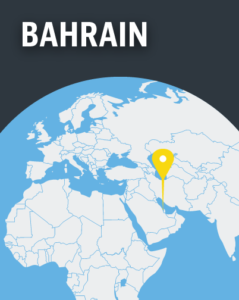 The tiny, mainly Shia country is relatively tolerant, compared to many Arab neighbours such as Qatar. Bahrain has a small Christian community (10%) mostly expatriates from South East Asia, the Middle East, the West and Africa.

According to the international charity Open Doors (OD), quoting Bahrain’s Ministry for Social Development, there are 19 churches in Bahrain, half in Manama, among other non-governmental organisations (NGOs) registered with this ministry. One is St Christopher’s Anglican Church.

“Compared to Qatar, Bahrain appears to [still] offer a better situation for the Church as it has ‘individual’ churches in several places in and around Manama”, a spokesperson for OD said, adding that a compound, like ones built in Qatar, have limitations: “In Qatar all churches are obliged to build in a walled-off area with strict checks [on] whether or not Muslims enter the compound, which is really limiting people of other faiths to walk in.”

Although Bahrain’s Constitution provides for religious freedom, evangelising Muslims in the country is still illegal and Christians from a Muslim background often face pressure from family members, community leaders and government officials.