A new book describes the growth of Christianity in China, despite attempts by the government to clamp down on religion.

“Things are heading back to how they were in the Cultural Revolution of the 1960s and ’70s. Believers in some provinces have already told us things there are ‘just like in Mao’s day’,” author Paul Hattaway told Christian Today.

Following the new religious regulations that came into force on 1 February, “thousands of churches throughout the country stopped meeting together in large congregations, and broke down into tiny home groups of no more than four or five believers”, he said. 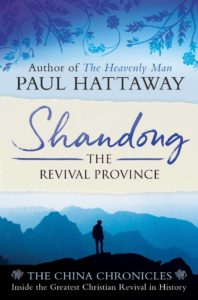 According to Hattaway, “many people have mistakenly thought that economic reforms equals the collapse of Communism. In fact, while China has accumulated wealth and emerged as a major player on the world stage, the underlying dark spirits of atheistic Marxism have not disappeared, and the coming years are likely to be very difficult for Christians throughout China, with even more oppressive laws on the agenda.”

Hattaway’s book, ‘Shandong, The Revival Province’, is based on hundreds of interviews with Chinese church leaders and describes how the “extraordinary explosion of Christianity” there occurred – something the government perceives as a threat, as World Watch Monitor has reported.

Yet the situation for Christians on the ground varies across the country, appearing to depend on local authorities and their interpretation of how to enforce the regulations.

A local source told World Watch Monitor that the situation the city Wenzhou in eastern Zhejiang province, for example, is quiet. According to local pastors, “there have been no disruption of church activities, church buildings demolished or crosses pulled down since the enforcement of religious regulation. It is much better than the period 2014-2015 when there was a cross-removal campaign taking place”, said the source.

China: ‘For Christians, the “grey” area is shrinking’

Meanwhile in central Henan province there have been numerous reports of incidents involving interruptions of church activities and closures of churches. The source said the targets are typically churches related to prominent Christian networks, adding: “I also heard that local authorities in Henan do not receive clear instructions from their senior managers, and therefore they decide to enforce the regulation in their own way.”

However, according to Paul Hattaway, the destruction of church buildings or the cutting down of thousands of crosses from atop churches “has never been a major concern for believers there [in China]”.

“At most, it is symbolic of true persecution. As one senior church leader told me: ‘Cutting crosses off building is preferable to cutting the heads of our necks!” he added.