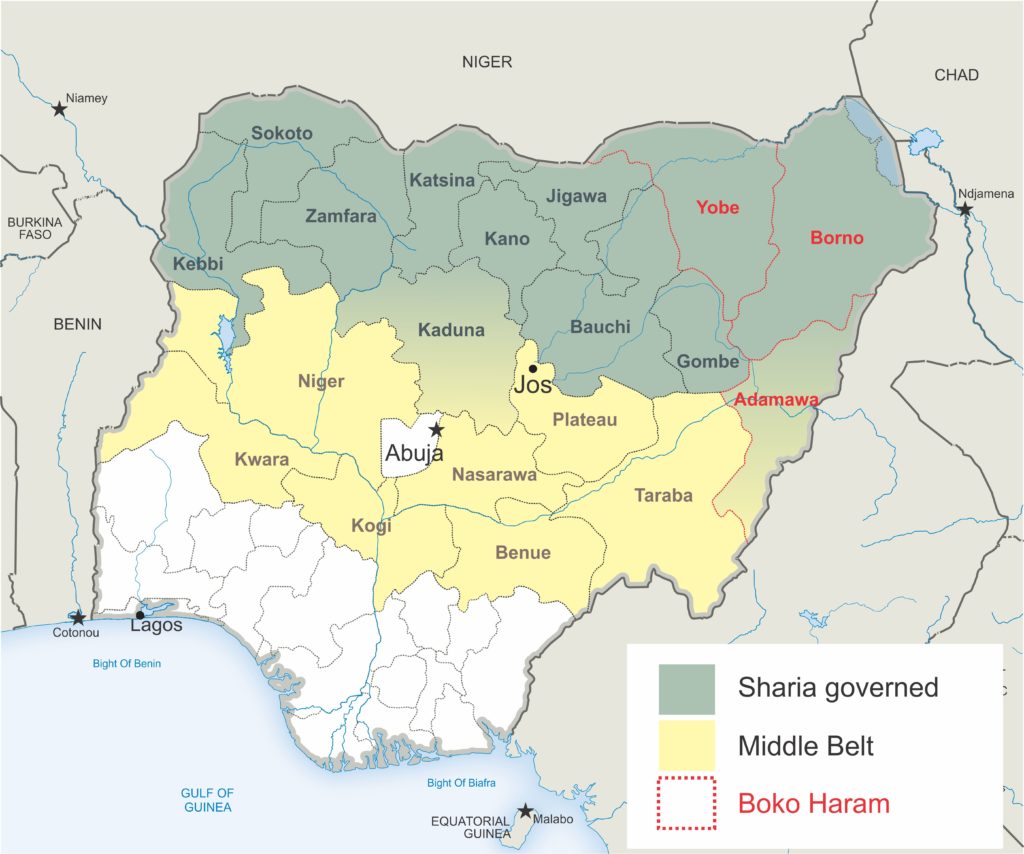 In Nigeria, it’s not only the northeast regions, stronghold of the radical Islamic sect Boko Haram, that have been the scene of severe violence.

The Middle Belt of the country is also the scene of ever-continuing attacks on Christian farmers by mainly Muslim Hausa-Fulani herdsmen, as a report from IRIN confirms.

Boko Haram’s insurgency has claimed more than 20,000 lives since 2009. But according to a report by SBM Intelligence, a Lagos-based consultancy firm, violence in the Middle Belt accounted for more deaths than Boko Haram last year.

Nigeria’s Middle Belt straddles the divide between the largely Muslim north and a majority Christian south. It is an ethnically and religiously diverse zone, plagued by conflict over farmland, grazing areas, and stock routes.

The Fulani have ranged across West Africa’s savannah with their cattle for centuries, but in Nigeria they have had more than a passing impact on its history. Their 19th century jihad transformed the north. Its legacy is a political aristocracy whose southern border stretches to the emir’s palace in Kafanchan, one of the areas most affected by recent violence.

Fulani communities have been in the Middle Belt for over 300 years. Some have settled, giving up the nomadic life, or graze their cattle locally. But there are others who still embrace a transnational existence, annually migrating along at least three international grazing routes – from Cameroon, Chad, and Niger – that pass through southern Kaduna.

Ethno-religious identity drives politics in Nigeria. The city of Kaduna, for example, is divided by its river. North, the majority of its residents are Hausa-Fulani, who have traditionally held political power in the state.

On the opposing bank are settlers from the rest of the country, mostly Christians. Newly created chiefdoms in southern Kaduna are both a political and cultural affirmation of independence from the historical control of the Fulani caliphate.

In Kaduna State alone, between 10,000 and 20,000 people are estimated to have died in communal conflict since 1980. Among the most vicious episodes was the political violence triggered by the presidential election result in 2011, which continues to feed the current hostilities.

Historically demarcated stock corridors and gazetted grazing reserves were envisaged as ways to avoid farmer/pastoralist competition for land and water points. But grazing routes have been squeezed by expanding and ever larger commercial holdings.

A new grazing reserve bill was rejected last year, largely due to opposition from southern senators. Now, urgency is needed because Nigeria is fast-approaching the 2019 election, and the violence will inevitably be politicised and stoked up.