A church in Nepal has been bombed and three other churches attacked by arsonists over a five-day period, reports Christian Solidarity Worldwide (CSW). 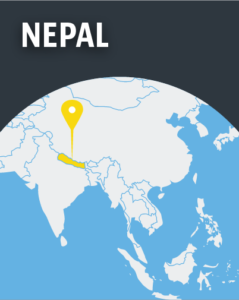 On 13 May, Mahima Church in Dhangadhi city, western Nepal, was partially destroyed when a bomb was thrown through a window. Although police attributed the attack to the Biplab Maoist group, local sources cited threats by a Hindu extremist group over the past few weeks as a possible motive, CSW reported.

The latest incidents across the country followed the 5 May arson attack on a Catholic church in western Nepal.

There were no casualties, but the attacks showed a “worrying increase in hostilities towards Christians”, CSW said. “We are incredibly concerned” about the five attacks in just over a week, and “that they represent a stark decline in the ability of Christians in Nepal to practise their faith”, said CSW’s chief executive Mervyn Thomas.

Pastor Tanka Subedi, founding member and chair of religious freedom organisation Dharmik Chautari Nepal and Religious Liberty Forum Nepal, said: “The Nepalese government is a democratic government, and should provide guardianship to all religious groups equally. I call on the government to ensure the security of religious minorities and support rebuilding churches that are damaged.”

Nepal joined the UN Human Rights Council as a member on 1 January, but rights groups like CSW have called on the Nepali government to address its own commitment to the protection of human rights, including religious freedom.

On the same date that Nepal began its three-year tenure as a member of the UNHRC, the country signed into law a criminal code bill that, according to Canadian MP David Anderson, “severely restricts freedom of expression of religion and belief”.