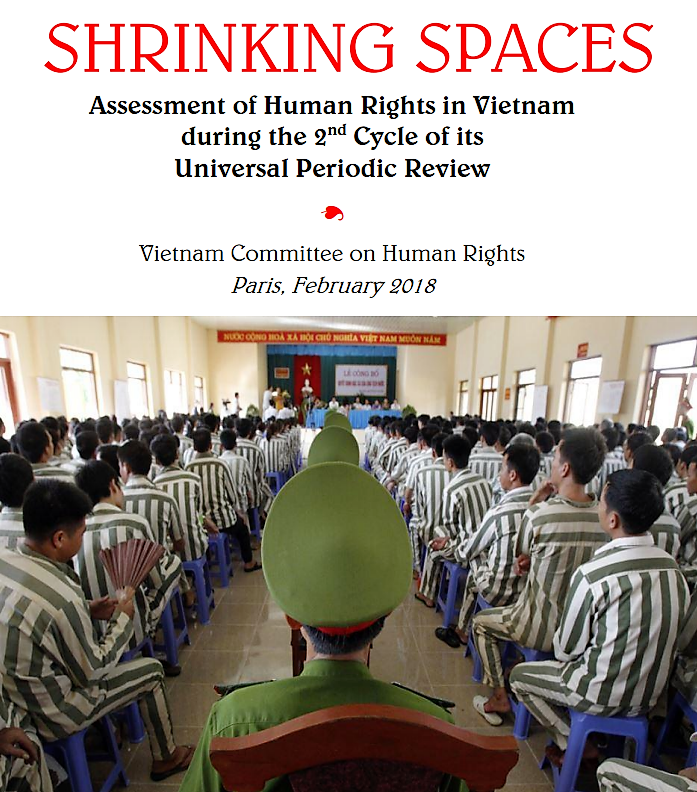 A new report paints an abysmal picture of Vietnam’s human-rights record, documenting “one of the worst crack-downs in recent years against rights defenders, bloggers and religious followers”.

Published by the Paris-based Vietnam Committee on Human Rights (VCHR), the report says “arrests and harsh convictions of dissidents are multiplying with frightening speed”. It claims that, since 23 January, at least 16 activists have been condemned to a total of just over 95 years in prison.

These include Christian activists Hoang Duc Binh and Ho Van Hai. The US State Department said it was “deeply troubled” by Duc Binh’s sentence of 14 years for helping fishermen with their legal cases against Taiwanese steel plant Formosa. Medical doctor Van Hai was sentenced to four years and two further years under house arrest for “propaganda against the state” by “calling on people to take part in demonstrations” against Formosa.

“The government claims to comply fully with its international human rights obligations, but in fact it is brutally and systematically suppressing human rights and reducing civil society space in every domain,” said VCHR President Vo Van Ai.

The report devotes a section to what it calls “the government’s concerted assault on internet freedom”, which it says is spearheaded by the army and police. It says there are more than “10,000 cyber warriors deployed to track ‘wrong views’ on the internet and social networks, and vilify or arrest their authors”.

World Watch Monitor has reported on the many Catholic bloggers in Vietnam – like Maria Tran Thi Nga and ‘Mother Mushroom’ – who have been given long prison sentences for posting articles deemed to be critical of the state.