Armed men, believed to be Fulani herdsmen, yesterday (28 May) attacked a Catholic boys’ secondary boarding school in Jalingo, capital of the Nigerian central state of Taraba.

A priest was shot in the leg, while valuables worth thousands of dollars were destroyed,  ‘This Day Live’ reported.

The priest, named as Rev. Fr Cornelius Koba, told newsmen the attackers stormed the Sacred Heart seminary, then directed a student to show them to his room:

“They came around 1am and found a student whom they ordered to take them to my room. I came out and met them all armed, numbering over five. As soon I came out, one of them said ‘see him, kill him’ but one of them objected.

“They struck me with their sticks and when I fell down, one of them shot me in the leg and they left”.

The assailants also shot and destroyed the windscreen of his car. One fired at his window and destroyed a television set and other properties.

“My offense is that I often ask them to stop invading our school for grazing and to stop cutting down our trees to feed their cows”, said Fr. Koba.

Speaking for the Bishop of Jalingo, Father Atsue later confirmed “From their conversations, we were able to understand that [the herdsmen] grievance against us is that the security men in the seminary have been challenging their decision to graze right inside the seminary: around the classes, football field, laundry etc….They said [they would do so] even inside the church, if they see grass their cows will graze.”

All the student boys, who ran into the bush during the attack, were reported to be safe. A second priest was later reported to have been beaten up. The seminary has closed for a week. 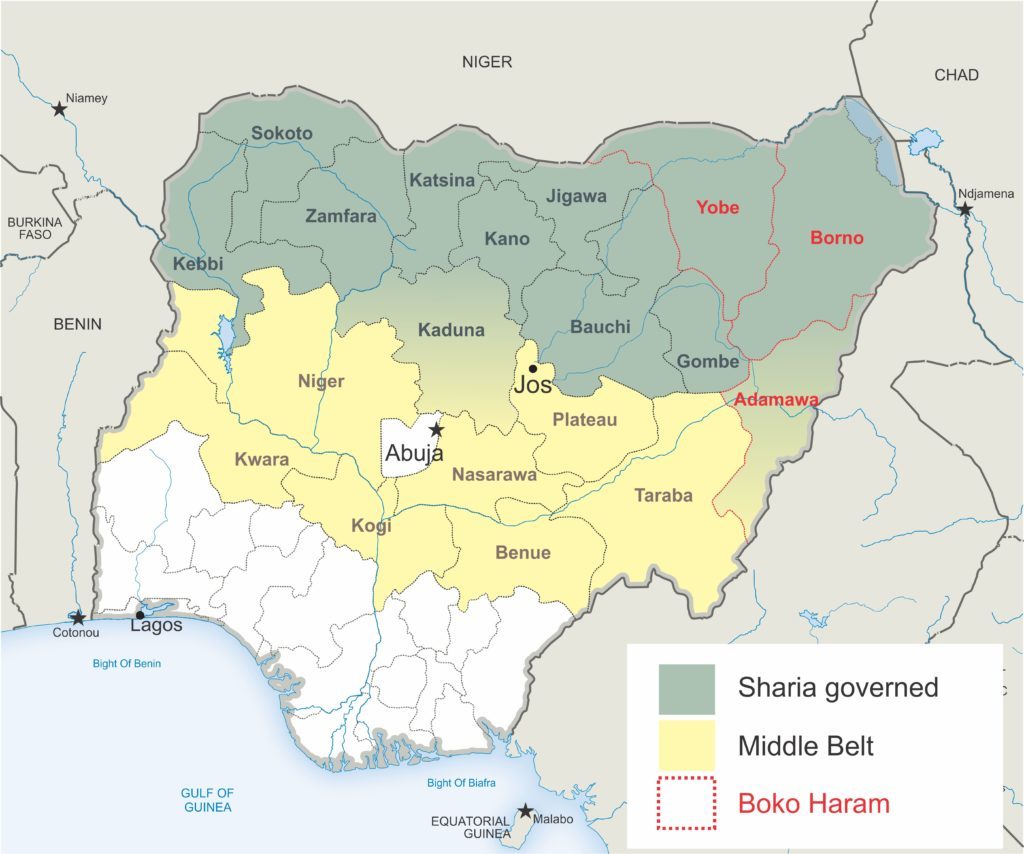 Benue State is the most affected; attacks have been carried out on an almost daily basis. According to its Governor Samuel Ortom, at least 492 people have been killed in his state alone so far this year. Last week, he was clear about his view:

“This is not a hidden agenda; it’s known and those people who are perpetrating it did say it. They’re not hidden. They held press conferences, they came out and said they were going to resist our law, and that they were going to do ethnic cleansing. It’s about jihad, it’s about taking over the land, it’s not about herders and farmers clashes”.

Nigerian civil society groups declared today (29 May) a national day of mourning and remembrance, to honour the victims of the ongoing violence across the country. The Civil Society Joint Nigeria Crisis Action Committee estimates that, nationwide, 1,917 people have been killed between January and May.

The group, which observed a minute’s silence at noon, also called on the government to end the ongoing violence. However, last week, a former Nobel Laureate, Wole Soyinka, again said “This government cannot cope, please just ask for international help and I know they’re ready and willing to come to our aid”

Referring to the Middle Belt violence, Soyinka added “There’s no any other word for it. Let’s not play around with the euphemisms. No other word but ethnic cleansing. There’s no other definition for what has been going on here. And it’s very sad to me personally to see that a country like Nigeria, with so much human talent, has failed to learn the lesson of the history of places like Rwanda.”