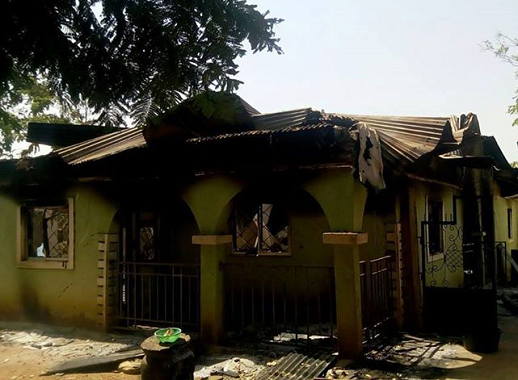 A fresh attack carried out by Fulani herdsmen has left at least 15 dead in Nigeria’s central Benue State.

Many are reported missing, while several houses, huts and farmland have also been razed, as assailants targeted the predominantly Christian and farming communities, in Kwande Local Government Area, on Sunday (April 2, 2017), in the early morning.

“After that attack, they moved into Nzaav and Alaba in Yaav council ward, where over 11 were hacked to death, and several houses burnt down, by the herdsmen.

“Though the affected communities have been deserted, we are still searching in the bush for many missing, including women and children.

“We also realised that the attackers have occupied the sacked communities without resistance. As we speak, several houses are still on fire.”

But the National Coordinator of Miyetti Allah, a Fulani herders’ advocacy group denied any involvement of Fulani in the attack.

”If anything is happening there, it would certainly be the handiwork of criminal elements, bent on frustrating the efforts of the government to ensure peaceful co-existence in the state”, said Alhaji Garus Gololo.

The attack was confirmed by the police who confirmed that two bodies had been recovered from the affected communities.

This comes barely two weeks after a market in Zaki Biam was attacked causing the death of at least 17 people.  These are the latest in a spiral of violence which has claimed hundreds lives in Benue and other States in Nigeria’s Middle Belt.