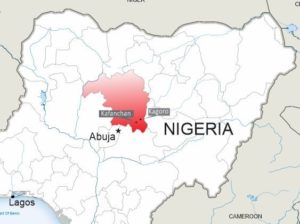 The Bishop of Kafanchan, in Nigeria’s volatile region of Southern Kaduna, has denounced the violence of the Fulani as fuelled by government complicity.

“The crisis here has persisted because of the way and manner the Federal and State governments, as well as the Security Agents are handling it”, said Mgr. Joseph Bagobiri in a statement to a delegation of the Episcopal Conference of Nigeria (CBCN) visiting the area.

The delegation, led by the President of CBCN, Mgr. Ignatius Ayau Kaigama, Archbishop of Jos, visited Southern Kaduna to, according to Fides, “express the closeness of the entire Church in Nigeria to the local population threatened by the raids of the Fulani farmers”. The clerics also brought some concrete help for those affected by the violence.

Attacks attributed to Fulani herdsmen against the predominantly Christian population of Southern Kaduna have claimed more than 800 lives between 2011 and the end of 2016, and are occurring almost on a weekly, sometimes even daily basis.

“It is important to put on record that the insecurity situation we experience in Kafanchan and Southern Kaduna has not stopped despite the presence of Security Agents”, said Mgr. Bagobiri, denouncing that “many of us are disappointed to see that our political leaders are taking sides and known to be supporting, directly or indirectly, the Fulanis themselves and that is why they are fast losing the support and trust of the people”.

According to the Bishop, the federal government is responsible for fueling the crisis because, in contrast to Northern and Central Kaduna, Southern Kaduna (where the majority of Christians of the area live), has not benefitted from federal development projects.

The Archbishop of Jos stressed that Nigeria is a country that is “multi-ethnic, multi-religious and complex in nature”. That is why, he concluded, “we must constantly appeal to the sensibilities of our political leaders not to be seen to promote the interest of any particular group, but to be neutral and seek the common things that will promote unity, fairness and equity in the country”.