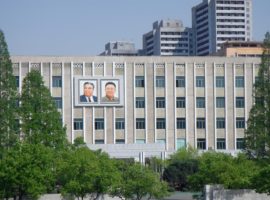 A fourth US citizen has been detained in North Korea, as he prepared to leave the country after working for several weeks at the Pyongyang University for Science and Technology, which trains the children of North Korea’s elite and which numbers Christians on its staff. The North Korean state-run news agency KCNA said . . . Read More