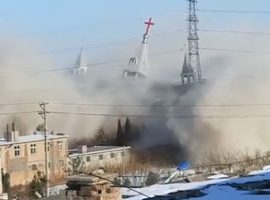 Chinese authorities demolished a church in northern China this week, the second in less than a month, ahead of new regulations on religion due to come into force on 1 February. Explosives were set off inside the Golden Lampstand Church in Linfen, Shanxi province on Tuesday (9 January). According to . . . Read More
June 15, 2017 China Communism, Syria, Terrorism, Turkey, Uyghurs, Xinjiang 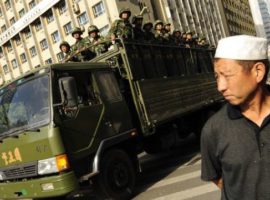 Both Muslims and Christians in Xinjiang Uyghur Autonomous Region in north-west China find themselves under increased pressure from the Chinese authorities. An anti-terror mass rally in the southern city of Hotan in February, an increase in surveillance measures in public places, and the introduction of new anti-terror policies, are all . . . Read More
February 28, 2017 China China, Churches, Terrorism, Xinjiang
Chinese authorities in the north-western region of Xinjiang have banned all Christian activities not linked to state-approved churches, apparently in an “anti-terror” move. Zhu Xiaohu, a house-church member from the city of Wusu, was one of six Christians recently fined 1,000 yuan ($145). Their Bibles were also confiscated. “They want . . . Read More
August 15, 2014 China China, Gao Zhisheng, Heilongjiang, Human rights, Xinjiang, Zhang Kai 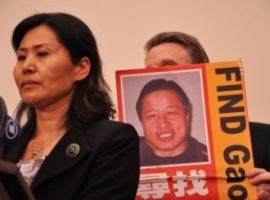 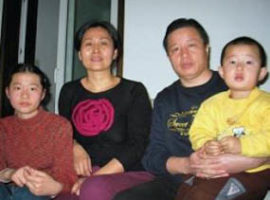 Confirmation this week of China’s assertion in December that human rights lawyer Gao Zhisheng is alive and serving out a prison sentence is key as efforts continue for his release, a human rights lawyer said. Gao, a Christian whose advocacy for religious minorities led to his conviction in 2006 for “subversion,” . . . Read More