Throughout its history, ancient and modern, Syria has played host to ethnic and religious minorities living together very much in harmony.

Syria, in the original sense of what is now known as “Greater Syria”, encompassed much of the Levant – today’s states of Syria, Lebanon, Israel, and Jordan, plus a portion of Turkey. This is the cradle of the three major monotheistic religions, Judaism, Christianity and Islam; two were born in Syria, and Islam found its way there very early in its existence. 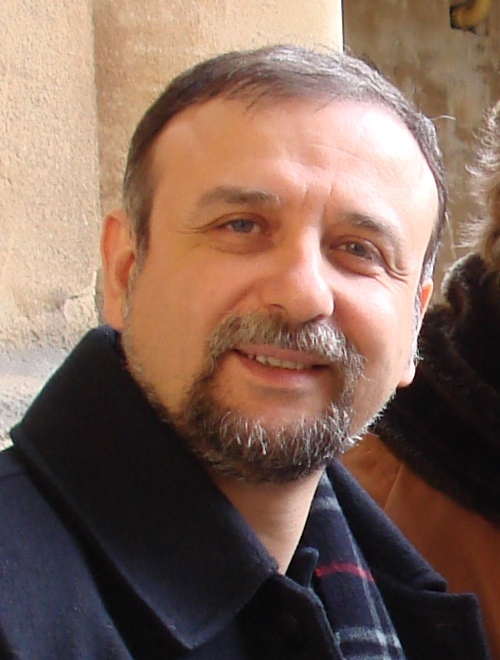 Its geopolitical position brought Syria to the attention of many different superpowers and, sadly, it has often been a battleground for these foreign powers. Throughout millennia of occupation and recent decades of independence, the minorities in Syria have always stayed true to their homeland: they played a major role in the liberation from the Ottomans after more than 500 years of oppression, and from the French Mandate in the twentieth century, leading to independence in 1946.

Christians, Druze, Alawites, Kurds and other, smaller minorities worked hand in hand with the majority Sunnis to secure the liberation of Syria from all foreign occupation.

In 1970 the political situation in Syria took a dramatic turn when a faction of military leaders who were Alawites – an Islamic sect – took power. After many centuries in which the Syrians had been ruled by outsiders, they now found themselves ruled by one of their own minorities.

For years Syrians hoped that the Assads, the ruling family, would bring stability and freedom after the troubled 1950s and 60s, during which a series of coups d’états pushed the country into uncertainty and military conflict.

In 1973, just three years after he seized power, Hafez al-Assad joined with Egyptian President Anwar al-Sadat in a new major war against Israel. The Soviet Union supplied Egypt and Syria with arms, while the United States of America backed Israel. This disastrous war damaged relations throughout the Middle East and achieved little for Syria.

Before the region could recover, civil war engulfed Syria’s southern neighbour, Lebanon. The superpowers and regional powers, including Syria, used their allies in Lebanon to wage their own proxy wars in the midst of the 17-year-long Lebanese Civil War. This act by the ruling minority dragged Syria into the heart of the bloodshed through indirect and direct military intervention.

At this time, President Hafez al-Assad focused most of his energy on foreign politics, especially the on-going conflict with Israel, and left Syria to be run mainly by members of his family and the Intelligence Services.

Trade with the rest of the world was tightly controlled by the Assad regime, and many benefitted from the Lebanese Civil War through establishing smuggling rings and black markets across the Syrian-Lebanese border – with the support of many of those in power; this was the beginning of the awful corruption that has infected Syria.

In an extremely closed economy, smuggling became the norm – even fruit, vegetables and daily products like butter, tea, sugar, bananas and tissues had to be smuggled into Syria from Lebanon and Jordan.

The corruption deepened as time went on, creating a new upper class of people from all religions who took advantage of the situation and got closer to the Alawite regime in order to further their business.

This squeezed the traditional middle class and deprived them of much of their income, fomenting anger and hostility towards the regime and towards Alawites in general.

“What is happening in Syria today is not merely the result of a minority ruling a majority. Some of those who are supported by external powers would like the conflict to be seen in this way, but the changes the people seek have nothing to do with Assad coming from a minority.”

The regime maintained its hold on power through the usual measures employed by a dictatorship: eliminating dissent through censoring the media, silencing opponents and critics, preventing free speech and denying political expression.

That created an atmosphere of fear and resentment of the Alawites and the Assad family in particular.

In the early eighties the Assad regime killed tens of thousands in the western city of Hama to silence the uprising of a Sunni group, the Muslim Brotherhood. The Muslim Brotherhood had been terrorising parts of Syria through assassination and bombing.

This brutal act did not end the Syrian people’s resentment against the regime but merely drove it deeper underground where it would smoulder under the fist of the regime.

When Hafez al-Assad died in 2000, his second son, Bashar, an ophthalmologist living in London, inherited the Presidency.

The people hoped that a young President, who studied in the West and who had married an intelligent and charming Syrian-British woman, could change the situation which his father had created. Many people were almost euphorically optimistic – they saw Bashar as an open-minded, well-travelled reformer.

Indeed, Bashar al-Assad began to restore proper international trade and he started to reform the country, but everything quickly slipped back to the old corrupt ways. Most of the promises of change that Bashar made in his inauguration speech evaporated.

For most Syrians, religion was not a source of tension and conflict. I have always had dear Muslim, Alawite and Druze friends, and differences in belief were never an issue.

Sadly this has now changed in my homeland. Sectarianism was not a part of a Syrian lifestyle until recently. It has been imported by foreign religious fanatics.

The conflict in Syria began as a protest against the corruption that blighted every aspect of people’s lives and the lack of freedom; the people demanded radical reforms in how Syria was governed.

The lack of response to these demands was followed by severe and sustained military action against those who protested, and this violence drove some in the opposition to seek help from foreign governments in the region.

Many of these governments are keen to shatter the age-old alliance between Syria and Iran, and the fall of the Assad regime would help them greatly; for this reason, they offered military and financial aid to the opposition but only on the condition that the “new Syria” would cut links with Iran and with Hezbollah in South Lebanon.

Some religious leaders outside Syria then called for a Sunni uprising against the minorities – with the Alawites being at the top of the list. Sadly, Christians are also on that list because they are wrongly seen as having been protected by the Alawites.

As the conflict continued, this new sectarianism spread; it became popular because it legitimised violence against others – even those who were not part of the regime. The regime’s acts of war against its own people across Syria only encouraged further resentment against the regime and the Alawites.

What is happening in Syria today is not merely the result of a minority ruling a majority. Some of those who are supported by external powers would like the conflict to be seen in this way, but the changes the people seek have nothing to do with Assad coming from a minority.

The change the Syrians desire with all their hearts is the change from oppression to freedom, from corruption to the rule of law, from dictatorship to democracy. This change would be to the great benefit of all Syrians.

Nadim Nassar is Director of the UK-based Awareness Foundation. Born and raised in Lattakia, Syria to a Christian family, Nassar studied in Beirut during the Lebanese Civil War. He now lives in London. Many of Syria’s Christian minority have fled since the beginning of the conflict. World Watch Monitor revealed earlier this month that the number of Christians fleeing the Middle East in general has risen so dramatically that it is proving difficult to quantify. For a broader perspective on the current situation for Christians in Syria, read ‘Syrian Christians caught in crossfire‘