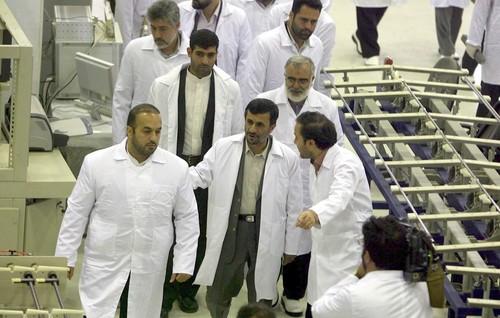 An Iranian Nobel Prize-winner has warned EU and US officials that Iran’s nuclear programme is distracting them from addressing the country’s human rights abuses.

Shirin Ebadi, now living in the UK, has asked the West to rethink its sanctions, saying that rather than curbing Iran’s nuclear ambitions, they are affecting the lives of ordinary citizens, many of whom have become “very poor”.

Long-term sanctions against Iran are likely to be reviewed in the light of current negotiations in Geneva between Iran and the P5+1 (US, Russia, China, the UK, France and Germany).

President Obama told NBC News: “The US confirmed some sanctions relief was being offered in return for concrete, verifiable measures. We can provide them some very modest relief [from sanctions], but keeping the sanctions architecture in place.”

Ebadi, speaking at a Nobel Laureates’ conference in Poland on Oct 21, ahead of today’s Geneva talks, said she was disappointed with new President Hassan Rouhani’s lack of response to human rights abuses in the country, saying that more people had been executed since his election in June than during the same period last year under former President Mahmoud Ahmadinejad.

“Unfortunately the world focuses on nuclear energy more than human rights and does not pay attention to the situation of violations of human rights in Iran,” she said. “And this is why the human rights conditions are worsening in Iran.”

She added that religious and ethnic minorities continue to be persecuted.

He added that Rouhani has appointed a special assistant on minority affairs Ali Younesi to ensure ethnic and religious minorities are protected.

Younesi recently expressed disappointment and concern over the recent executions, saying they had been carried out by “extremists”.

Earlier this week, a Christian jailed for 10 years was set free after serving three months of his sentence.

However, the previous week a group of four Christians lost their own appeals against jail terms for the same charge of attendance of a “house church”, labelled an “anti-security organisation”.

Meanwhile Saeed Abedini, an Iranian-born US citizen and pastor serving eight years in prison for missionary work, has been transferred from Tehran’s Evin Prison to Rajai Shahr Prison in nearby Karaj.

Reports suggest the conditions at the Karaj prison are very poor and that he has been transferred to a ward in which Iran’s most violent prisoners are held.

“Going to Karaj is a severe punishment,” said a Dutch diplomat in Tehran in 2005. “In Rajaï Shahr, political prisoners have to share cells with dangerous criminals like murderers, rapists and drug addicts who don’t hesitate to attack their cell mates. They have nothing to lose: many of them are condemned to death anyway. Murders or unexplained deaths are a regular occurrence.”

The family found out about the move only on arrival for a weekly visit to Evin – and were then told that Abedini cannot have visitors in Karaj.