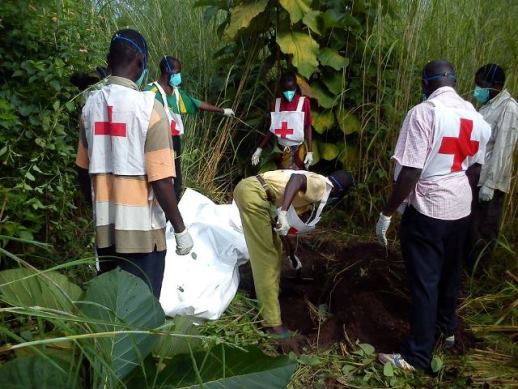 Unicef says that violence has ‘sunk to a vicious new low’ after reported beheadings of children.World Watch Monitor

The vulnerability of Christians in the Central African Republic (CAR) is being overlooked, even as international media wrongly focus on the ‘interfaith’ element of the conflict, says Open Doors International.

The charity facilitated a key meeting in Oct. 2013 of all major Christian leaders, who then appealed for international intervention. Now in its detailed report, Vulnerability Assessment of Christians in the Central African Republic, the charity says there is strong evidence that Christians have been specifically targeted since the March coup that brought Séléka leader Michel Djotodia to power.

The Anti-Balaka groups have been widely reported to be Christian-dominated, but World Watch Monitor reported last week that CAR’s Christian leaders vehemently deny this is the case.

Children’s charity Unicef reported on Dec. 30 that the violence has “sunk to a vicious new low” after reported beheadings of children. Open Doors International says that both ex-Séléka rebels and the Anti-Balaka have been guilty of human rights abuses, but that it is wrong to refer to their conflict as a battle between Muslim and Christian groups.

Open Doors International quotes a statement made by a group of CAR bishops in early December, which reads: “We deplore the [reports] that are made about the Anti-Balaka [being a Christian group]. The Anti-Balaka are the expression of the part of the population fed up with the many abuses committed by Séléka rebels. However, we reiterate that all Anti-Balaka are not Christians and all Christians are not Anti-Balaka. It is the same for ex-Séléka [members] and Muslims.”

However, the charity says it would be foolish to rule out Séléka’s religious motives, claiming the group is 95% Muslim and that only 10% are CAR nationals. The rest, reports the charity, are jihadist militants from neighbouring Chad and Sudan.

The Vulnerability Assessment notes that at least 13 pastors have been killed in the conflict and many Christian churches, homes and schools burned down, while Muslims have largely been “left alone”.

In a letter to the charity, Pastor P.R. Guerengbo wrote: “Both Catholic and Protestant churches, and Christians in general, are more vulnerable to the conflict. Muslims in occupied cities are better protected. Moreover, Islamic leaders are respected and honoured by Séléka, in opposition to Christian leaders.”Open Doors International says the International Crisis Group was wrong to “completely overlook” the religious dimension of the conflict in its June 2013 report.

“The [ICG] report does not establish any relation between the latent religious tensions in the country, the strong Muslim presence within Séléka’s leadership and the high number of violent incidents targeting Christians,” Open Doors International writes. “In our opinion, the International Crisis Group is wrong to equate Séléka as a mere coalition of groups dissatisfied with the regime. Indeed, there are sufficient indicators that hint at the fact that Séléka has, at least in part, an Islamist agenda.” 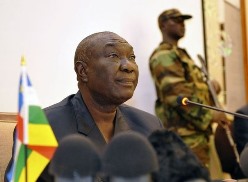 World Watch Monitor reported in May

that the Catholic Church wrote a letter to the then-new President, Michel Djotodia, asking him to explain the existence of a letter that appears to show Djotodia’s desire to turn the Central African Republic into an Islamic republic.

In the letter, to the Organisation of Islamic Cooperation (OIC) in Djeddah (Saudi Arabia) in April 2012, a scan of which was been seen by World Watch Monitor, Djotodia introduced himself as the defender of the Muslims’ cause in Chad and the Central African Republic.

He told them the two countries “have no respect for us” and asked for support from his “brothers”.

“In Central Africa, Muslims are insulted and despised every day and they are considered as foreigners… That’s why we decided in 2006 to organise ourselves, thanks to the support of some Muslim brothers from Sudan – to claim our rights,” said Djotodia, who was the leader of the Union of Democratic Forces for Unity (UFDR), a rebel group operating in Northern CAR, a year ago.

In his two-page letter, Djotodia claimed that “all Christians are liars” and revealed his project for CAR.

“If by God’s will, we reach Bangui, we will set up an Islamic regime in order to apply the sharia [law],” he wrote. “Even if we fail to drive out Bozizé, we intend to transform some parts of Central Africa, Chad and Darfur, into a new Islamic republic.”

The Catholic Church criticised Djotodia for not yet denying the authenticity of the letter or distancing himself from it.

“Would you be effectively the author of the letter sent to the Organisation of Islamic Cooperation in Saudi Arabia, dated 17 April 2012?” the Catholic Church wrote. “How does one explain the fierceness of Séléka against our institutions?”

Open Doors International’s report concludes that Christians are particularly vulnerable economically, politically and in terms of personal health and security, saying: “In these areas, CAR’s Christians have been victims of targeted violence at intense degrees, while the Muslim minority of CAR has been left alone. The intentions of the Séléka rebels are not only political. From the findings presented in this report, it is clear that Séléka also has an implicit religious agenda.”