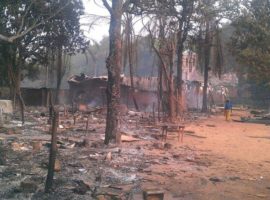 At the market in Boda, a mining town in the southwest of the Central African Republic, Christians and Muslims come together to purchase goods set on wooden tables along the dusty roadside. It’s a picture of peaceful coexistence that would be unthinkable in some parts of a country that has . . . Read More