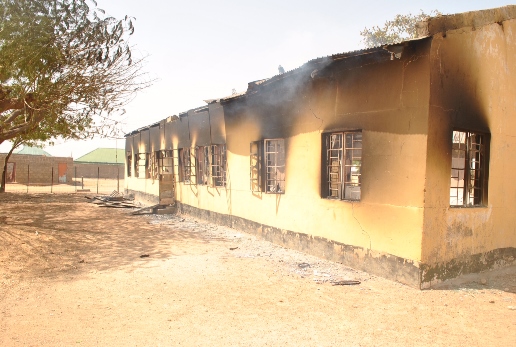 The charred remains of Evangelical Church Winning All in Kankia.World Watch Monitor

A pastor has been killed and a church set on fire in Nigeria after the body of a six-year-old girl was discovered near his home.

Dike Ocha, 50, pastor of the Assemblies of God Church in Kankia, a town in the northern state of Katsina, was killed on the morning of Feb. 4 by an angry mob.

Ocha had alerted police after finding the body of Fatima Yusuf, but a mob stormed into his house and attacked him, local sources told World Watch Monitor.

“I was in the kitchen cooking, when suddenly we heard a noise outside, and when we ran outside, we saw a crowd of people shouting that they will kill all the Christians in Kankia,” said one eye witness, whose name is being withheld to protect their security. “We saw more than two thousand youths rushing towards the pastor’s house, so we ran for our lives.”

The pastor was rushed to hospital for emergency treatment, but the mob chased after him, dragging him outside and then setting him on fire.

Ocha’s home was also set on fire, as well a local church, Evangelical Church Winning All (ECWA), and the home of that church’s pastor. A number of Christian properties were looted or ransacked. Many Christian families have sought refuge in the nearby city of Katsina, the capital of Katsina state.

Local authorities confirmed the incident had taken place, saying that it was the act of “irresponsible individuals” and that they were sure the pastor had not been responsible for the girl’s death.

“We know fully that the pastor could not have been responsible for the death of this girl. Any reasonable person will believe it is the work of mischievous [people] who want to frame the pastor, or the work of a rapist,” said the state’s Police Commissioner, Mohammed Hurdi, at a press conference. “The pastor was attacked because he happened to be close to the place and probably because some people do not agree with his activities or religious orientation. He could not have been so dumb to commit the act and leave the body beside his house.”

Local church leaders say the incident casts a shadow on the relationship between the local religious communities.

“This is an unfortunate incident. Christian and Muslim communities have been living peacefully in Katsina state,” Rev. Adewale Adediran, the Chairman of the Christian Association of Nigeria (CAN) in Katsina, told World Watch Monitor. “We call upon all Christians not to take the law into their own hands and to let the authorities carry on their duty to investigate and bring to justice the perpetrators” of Ocha’s killing, Adediran said. He praised the reaction of local authorities and also of the Hakimi, the traditional ruler in Kankia, who stood before the entrance of one Christian place of worship to prevent the mob from setting it alight. 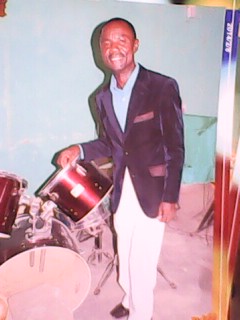 Ocha’s wife, Favour, who was at work when the incident took place, managed to escape from the town with their two children. In a message sent to World Watch Monitor, she expressed her dismay at the loss of her husband and their life together.

“It’s still like a dream to me,” she said. “All I have been working for, for many years, was burnt down in a day. A relationship I have been building for the past 13 years was broken down without a moment’s notice. My children and I are feeling pain that no-one can heal except God. I plead with the government that they should look for those wicked people that killed my innocent husband and give them the right punishment.”

On Sunday (Feb. 9), members of Evangelical Church Winning All (ECWA) gathered in a private home for their weekly service, and also visited the ruins of their burned church.

Unlike a number of states in central and north-eastern Nigeria, Katsina State has not been as greatly affected by Islamist insurgents and sectarian violence. The history of interfaith relations in Katsina has not always been peaceful, however. Following the 2011 election of Goodluck Jonathan, a Christian, to the presidency, widespread violence swept 12 states in Nigeria’s mostly Muslim north. More attacks were recorded in Katsina than any other state, according to Jubilee Campaign, a Virginia-based religious-freedom advocacy group.

In December 2012, a French engineer was kidnapped in Katsina, the state capital, by Ansaru, an Islamist group with links to Boko Haram, raising fears of terrorism in the area.

Dozens have lost their lives in recent weeks following sectarian violence in the central states of Kaduna and Plateau, and attacks attributed to Boko Haram in the north-eastern states of Adamawa and Borno.

Note: this story has been updated to correct the number of states in which violence occurred following Nigeria’s 2011 elections.