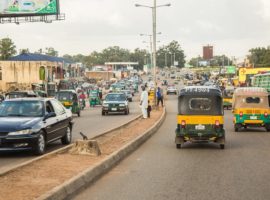 A sense of normality has returned to the city of Jos, in Nigeria’s central Plateau State, after an eruption of inter-religious violence claimed at least three lives on 14 September. One of them was Jerry Binkur, a final-year student at the University of Jos, who was a member of the . . . Read More
July 28, 2017 Nigeria Abuja, Boko Haram, Borno, Chibok girls, Education, Katsina, Nigeria, Plateau From the 57 Chibok girls who escaped Boko Haram captivity in Nigeria shortly after their kidnapping in 2014, 42 of them graduated from secondary school last Tuesday (26 July). The girls were sponsored to study at private schools by the Borno state government and the non-profit organisation Girl Child Concern, . . . Read More
July 13, 2017 Nigeria APC, Katsina, Lagos, Muhammadu Buhari, Nigeria 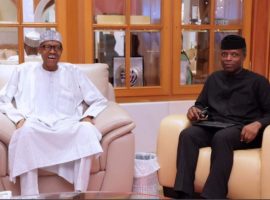 In Nigeria, President Muhammadu Buhari has not been seen in public for more than two months, raising fears of a power struggle over who might succeed him, which could lead to sectarian violence in Africa’s most populous country. Because Nigeria is divided between a mostly Muslim north and a predominantly . . . Read More
May 18, 2017 Nigeria Bauchi, Boko Haram, Kaduna, Kano, Katsina, Plateau, Sharia 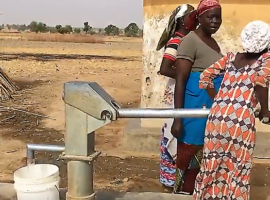 Gloria Shehu is one of the people in north-east Nigeria set to benefit from the UN’s humanitarian fund targeting the devastation from the conflict with Boko Haram. Yesterday (17 May) the agency stepped up a call for more money, reminding that “the number of people close to sliding from emergency . . . Read More
February 22, 2017 Nigeria Borno, Chibok girls, Education, Kano, Katsina, Muhammadu Buhari, Nigeria, Rape, Terrorism, Women
One of Nigeria’s most prominent Muslim leaders has suggested that polygamy among the poor should be banned, saying that having masses of uneducated, poor children leads to terrorism. Muhammad Sanusi, the Emir of the northern state of Kano, who has four wives, said that polygamy itself is not wrong, but . . . Read More
January 23, 2017 Nigeria Christian Association of Nigeria, Dutse, ECWA, Jigawa, Katsina, Muhammadu Buhari, Nigeria, Sharia 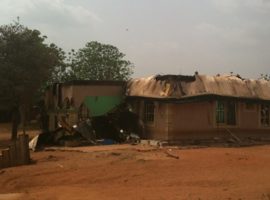 Ahead of Nigeria’s general elections on 28 March, hundreds of people, fearful of election violence, have fled back to their place of origin, World Watch Monitor has been told. The election was originally scheduled for 14 February, before being postponed to the March date for security reasons. Take for example . . . Read More