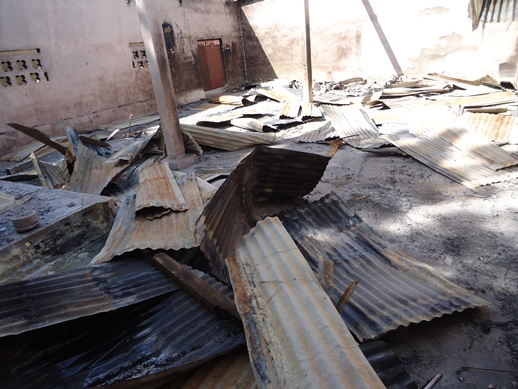 On 25 July, 20 people were killed when a 12-year-old girl blew herself up in a crowded bar in Maroua, northern Cameroon.World Watch Monitor

The radical Islamist group Boko Haram has intensified its suicide bombing attacks in northern Nigeria and Cameroon in recent weeks.

On Friday (31 July) a massive bomb exploded in the market in Maiduguri, north-eastern Nigeria – the traditional heartland of Boko Haram violence. At least six died, and 11 were injured.

The previous Saturday (25 July), 20 people were killed when a 12-year-old girl blew herself up in a crowded bar in Maroua, northern Cameroon. Seventy-nine others were injured.

However, on 2 August the Nigerian military said it had rescued 178 people – including 101 children and 67 women – taken captive by Boko Haram in the northern Nigerian state of Borno.

Nigeria President Muhammadu Buhari visited Cameroon on 29-30 July in an attempt to boost the regional cooperation against the Islamist group. It is the first time for several years that a Nigerian President has visited Nigeria’s eastern neighbour.

Friction between the two countries, relating to a land dispute, has arguably aided Boko Haram in its attempt to spread its influence across the eastern Nigerian border.

Cameroon has for a long time been one of the weak links in the fight against Boko Haram, with its northern regions becoming a safe haven for militants.

But now things appear to be changing; at least, Buhari has made some headline-grabbing moves to curb the Islamists’ insurgency, which has claimed 17,000 lives since 2009, according to Amnesty International.

As northern Cameroon has become another  battleground for Boko Haram militants, there is a genuine need for the two leaders to restore their relations, joining together to fight against a common enemy.

“All the countries agreed this operation will not recognise international boundaries – wherever terrorists are they will be chased to these locations and they will be fought until they are finished,” Garba Shehu said.

The regional force, which has its headquarters in N’Djamena, Chad’s capital, is due to be fully operational next month. The name of its commander, General Iliya Abbah, was revealed during Buhari’s visit to Cameroon. Abbah was previously in charge of operations in Nigeria’s troubled southern region of Niger Delta.

The upsurge in Boko Haram’s attacks in northern Cameroon has caused widespread panic and distrust among the population.

“We live in great fear,” a local source, who did not wish to be named, told World Watch Monitor. “The recent attacks in Maroua have changed our way of living. It’s now extremely rare to find a crowd of people. Access to public services and some places are subject to security checks by heavily armed security forces, with metal detectors.” Jean Marcel Kesvere, 45, pastor of the Lutheran Brethren Church of Cameroon, was one of 25 killed during a Boko Haram attack in July 2014. He left behind a wife and eight children.World Watch Monitor

“We have observed a lack of concentration among some worshippers during recent services as their ears remain attentive to any movement outside,” he said. “The level of attendance has also fallen in various churches. All our summer programs, such as youth camps, spiritual retreats and evening film-projections have now been cancelled.”

The attacks have also revived fears of more abductions of foreign nationals. All Westerners have been advised to leave the region immediately.

A number of kidnappings targeting foreigners, including a Canadian nun and two priests, have been carried out by Boko Haram in recent months.

Boko Haram has been able to operate relatively freely in the far north of Cameroon because the region is a vast semi-desert area composed of three provinces (Adamawa, North and Far North) and bordering Nigeria, Chad and the Central African Republic.

“Westerners had started to return to that region, thanks to the apparent normality witnessed from January to the end of June,” said Rev. Heteck. “But this new wave of departures will lead several planned projects to be aborted.”

The construction of a secondary school in Maroua, along with church efforts for the re-settlement of IDPs and refugees, are among other projects which will be affected, said Rev. Heteck.

For months, Cameroon’s churches have been trying to contain the influx of 60,000 Nigerian refugees and thousands of internally displaced people (IDPs), who have found refuge in northern Cameroon. But churches have now become overwhelmed, as World Watch Monitor reported in September last year.

A curfew was introduced on Sunday (26 July), prohibiting any personal or business meetings after 6pm. Places of worship have also been subject to increased security surveillance by police and armed forces equipped with metal detectors.

Itinerant Quranic schools have been banned throughout the region, while an operation aimed at rounding up street children has been launched by the authorities, who want to prevent the use of children as potential suicide-bombers. According to local media, a young boy was arrested on Monday 27 July by police in possession of a bag containing explosives.

Cameroon’s authorities have also followed Chad and Niger in banning the burqa, after suicide attacks were carried out by women wearing the Islamic gown. On 31 July, MPs in Chad voted back the death penalty for acts of terrorism, six months after it was abolished, though human rights activists fear it may be used to curb civil rights.