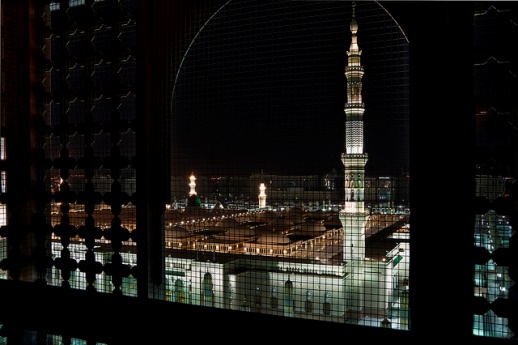 Medina in Saudi Arabia is the heartland of the Islamic faith, attracting millions of pilgrims every year.Wajahat Mahmood / Flickr / CC

A recent article in Christianity Today reports that Christianity is booming in the “heart of Islam”, with the “millions” of Christians there not really facing persecution – just “misunderstanding”, according to Qatar-based Anglican priest, Bill Schwartz.

Can it be true?

“Converts from Islam to Christianity do not experience any religious freedom at all,” says Kats. “Leaving Islam is criminalised in all countries of the Arabian Peninsula and carries the death penalty – though not necessarily officially enforced – in the United Arab Emirates, Qatar, Yemen and Saudi Arabia.”

Even expatriates face restrictions in the sense that they are not allowed to evangelise, she adds.

“Those active in evangelising are often arrested and deported,” she says. “In Qatar, proselytism can be punished with up to seven years’ imprisonment.”

As for the migrants – whether or not they have recently converted to Christianity – Kats says churches are often located in remote districts, too far away for them to attend, even were they to be granted permission.

“Migrants from Asia and Africa are treated badly, independent of their religion,” she adds. “If the migrant worker is a Christian, this can add to their vulnerability. They are under strong pressure to become Muslims, especially in Qatar.”

In his article for Christianity Today, Jayson Casper argues that one of the primary reasons Christians and churches are sometimes left alone in the region is public image. Kats agrees, saying it is “of major significance”.

Casper tells the story of a church construction project in Doha, Qatar’s capital. “When [the church] requested an extension, every official reassured [the pastor]: ‘We won’t take this land back. There is too much invested in our public image’.”

“Converts from Islam to Christianity do not experience any religious freedom at all. Leaving Islam is criminalised in all countries of the Arabian Peninsula and carries the death penalty in the United Arab Emirates, Qatar, Yemen and Saudi Arabia.”

Casper notes that Pew Research numbers Christians in the Arabian Peninsula at 2.3 million, while the Gulf Christian Fellowship estimates 3.5 million. Pew estimates UAE’s expatriate Christians amount to 13 per cent of the population, Bahrain, Kuwait and Qatar 14 per cent, Oman 6 per cent and Saudi Arabia around 4 per cent.

But Kats says an “increase in the numbers of Christians in this region is hard to verify, since the population figures fluctuate according to the varying immigration levels”.

“However,” she admits, “There are many reports of migrant workers converting to Christianity or starting to practise their Christian faith while abroad. Finding themselves in a minority situation and uprooted from their familiar surroundings, these Christian workers feel obliged to make a choice regarding their religion. The three options are: either to convert to Islam, hide their religious identity, or live out their faith. The need for making this choice is heightened by the pressure put on them to convert to Islam.”

Casper notes that the experiences of Christians vary considerably from country to country.

“In Bahrain and Kuwait, Muslims can enter church compounds. In Qatar, guards allow only foreigners. Saudi Arabia’s Grand Mufti (the nation’s highest official of religious law) has called for all churches in the peninsula to be destroyed,” he writes.

She adds that churches are often closely controlled and monitored, “usually under the pretext of their safety, as is the case in Qatar.”

All in all, it seems there is some way to go before the Arabian Peninsula can be considered a bastion of religious freedom.