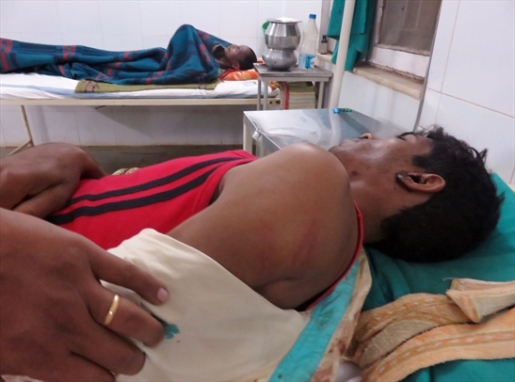 Several Christians were hospitalised after the incident in Chhattisgarh state.Courtesy Open Doors International

Several Christians were hospitalised and others forced to reconvert to Hinduism, after a village church in India’s central Chhattisgarh state was attacked by Hindu hardliners.

The Christians from the Independent Pentecostal Church in Kohkameta were attacked during their Sunday morning service on 25 October, two days after villagers had reportedly gathered together to conspire to end all Christian activities in the village.

The Christians were dragged from the church and beaten with sticks. Several were rendered unconscious and others forced to sign pieces of paper declaring they would no longer practise Christianity.

One of the Christians, who wished to remain anonymous out of concern for his safety, told World Watch Monitor what happened.

“There were 35 people in the church, including children. While the prayer service was going on, some young boys and villagers came with sticks and began to beat the believers. They dragged them out and beat them mercilessly,” he said.

He said the pastor, Mehtu Karma, 31, was hit on the head and fell unconscious, with blood streaming from his ear. Then the villagers brought in documents for the Christians to sign, declaring they would return to Hinduism.

“They forced believers to sign it. When a believer refused, villagers began to beat them again,” he said. “Four families returned to Hinduism.” 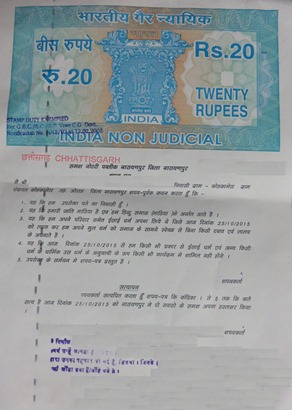 Christians were forced to sign their names to this affidavit, promising that they would no longer engage in Christian activities.Courtesy Open Doors International

The witness said villagers then approached the Christians in hospital, saying: “If you don’t take back your report from the police station, we will kill you”.

Meanwhile, he said the Hindu villagers made their own complaint at the police station, saying: “These believers beat us and threw away our gods and goddesses from our home”.

Five Christians were taken to the local Hindu temple, where they were reinitiated into Hinduism. Meanwhile, some of the hospitalised Christians were visited and forced to sign declarations, even though many of them couldn’t read them because they are illiterate.

The declaration, signed and dated, states that the individual belongs to the Hindu caste and that they have now returned to Hinduism and will no longer engage in any Christian activity. The declaration takes the form of a court affidavit, which means that the person could face arrest if they are found breaking their promise.

The number of violent attacks on Christians and churches in India has increased recently, as World Watch Monitor reported in September.

India is #21 on Open Doors International’s World Watch List, which ranks the 50 countries in which life is most difficult for Christians.