A report by a religious freedom watchdog shows a dramatic increase in the number of attacks on Christians and Muslims in India in the last four years and “the situation … is at a tipping point”. The number of reported incidents in the first three months of 2018 was greater . . . Read More
December 12, 2018 India Anti-conversion law, BJP, Chhattisgarh, Christmas, Delhi, Elections, Hindu nationalism, India, Madhya Pradesh, Minorities, Police, Rajasthan Christians can heave sighs of relief as the ruling Hindu nationalist BJP has been thrown out of power in three key states in central India that have reported dozens of incidents of anti-Christian violence and harassment. The BJP, which had enjoyed unstinted power in two of the states – Chhattisgarh and Madhya Pradesh – for 15 . . . Read More
November 13, 2018 India BJP, Chhattisgarh, Hindu nationalism, India, Karnataka, Narendra Modi, Pentecostals, Punjab, Religious freedom, Uttar Pradesh 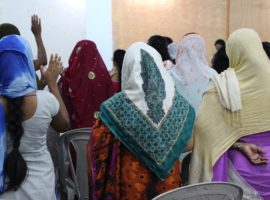 A nine-year-old girl from an Indian family that had recently converted to Christianity was murdered (and possibly raped before that) on Sunday, 5 August, in Punjab state. The girl was playing with her friends in the city of Gurdaspur, near the Pakistan border, when a 15 year old boy is reported to . . . Read More
May 30, 2018 India BJP, Catholics, Chhattisgarh, Delhi, Gujarat, Hindu nationalism, India, Kandhamal, Karnataka, Minorities, Narendra Modi, Odisha 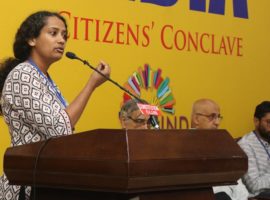 The Evangelical Fellowship of India (EFI) has described 2017 as “one of the most traumatic” years for Indian Christians in a decade after it recorded 351 verified incidences of hate crimes against Christians during the year. The Religious Liberty Commission of the EFI, which brings together Christians from more than . . . Read More
October 17, 2017 India Anti-conversion law, BJP, Chhattisgarh, Himachal Pradesh, Hindu nationalism, India, Telangana 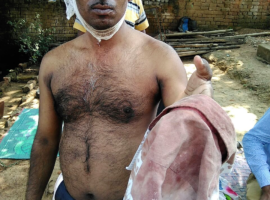 Church leaders in India have joined the chorus of protest against the BJP-led government, known for espousing a Hindu nationalist agenda, hurrying through an “anti-conversion law” in the eastern state of Jharkhand. The Freedom of Religion Bill, which was introduced and passed on the same day (12 August) in the . . . Read More