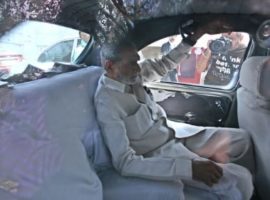 A nine-year-old girl from an Indian family that had recently converted to Christianity was murdered (and possibly raped before that) on Sunday, 5 August, in Punjab state. The girl was playing with her friends in the city of Gurdaspur, near the Pakistan border, when a 15 year old boy is reported to . . . Read More
August 7, 2018 India Chennai, Churches, India, Protestants, Tamil Nadu Part of a Protestant church in Chennai, Tamil Nadu, has been demolished to make way for a wider road, despite the local court being yet to announce its verdict on the proposal, AsiaNews reports. A wing of the Emmanuel Church, which belongs to the Church of South India, and some . . . Read More
July 13, 2018 India Anti-conversion law, Hindu Munnani, Hindu nationalism, Hindu Yuva Vahini, India, Jharkhand, Minorities, Pentecostals, Rape, Tamil Nadu, Uttar Pradesh 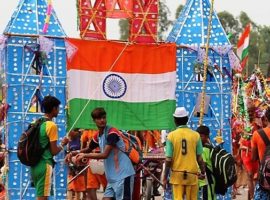 The northern state of Uttarakhand has become the seventh state in India to adopt a so-called “anti-conversion law”. State Governor Krishna Kant Paul signed the ‘Freedom of Religion Bill’ into law on 18 April, just over a month after the bill was approved by the state assembly and allowed to . . . Read More
April 24, 2018 India Anti-conversion law, Hindu nationalism, India, Pentecostals, Tamil Nadu The southern Indian state of Tamil Nadu continues to see outbreaks of religiously motivated violence, with one recent case involving a Christian labourer who says he was attacked by a neighbour who accused him of trying to convert Hindus. In a report filed with the police, Thangaraj Ramasamy, who became a . . . Read More
March 21, 2018 India Anti-conversion law, Arunachal Pradesh, Chhattisgarh, Gujarat, Himachal Pradesh, Jharkhand, Madhya Pradesh, Odisha, Rajasthan, Tamil Nadu, Telangana, Uttarakhand 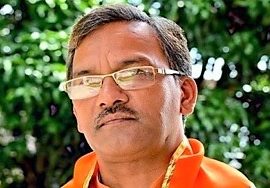 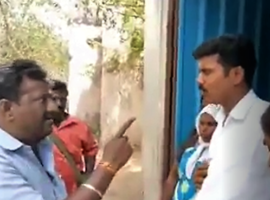 A Hindu mob raided five churches in the southern Indian state of Tamil Nadu yesterday (11 March), attacking and abusing Christians as they worshipped. Several women were stripped and beaten. The attackers, who according to witnesses were accompanied by a state-provided police officer, were part of Hindu Munnani, a Tamil . . . Read More