Christians can heave sighs of relief as the ruling Hindu nationalist BJP has been thrown out of power in three key states in central India that have reported dozens of incidents of anti-Christian violence and harassment. The BJP, which had enjoyed unstinted power in two of the states – Chhattisgarh and Madhya Pradesh – for 15 . . . Read More
December 5, 2018 Iran Amin Afshar Naderi, Christmas, Ebrahim Firouzi, Evin Prison, Iran, Karaj, Maryam Naghash Zargaran, Prisons, Proselytism, Rajaei Shahr Prison, Tehran 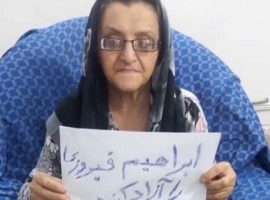 Over 100 Christians have been arrested in Iran in the past week and nearly 150 in the past month, as part of the government’s attempt to “warn” Christians against proselytising over Christmas, according to the advocacy director of religious freedom charity Article 18. Mansour Borji called the number of arrests . . . Read More
November 7, 2018 Bangladesh Bangladesh, Blasphemy, Christmas, Corruption, Dhaka, Elections, Jamaat-e-Islami, Pakistan, Prophet Muhammad, Sheikh Hasina, Terrorism Bangladesh’s prime minister has pledged that anyone who offends Islam or its prophet will be prosecuted. Sheikh Hasina said the religion of Bangladesh “is Islam. Anyone who pronounces offensive comments against it, or against the Prophet Muhammad, will be prosecuted according to the law,” as reported by Asia News. Her . . . Read More
March 29, 2018 India BJP, Christmas, Digital India Day, Good Governance Day, Gujarat, Hindu nationalism, India, Maharashtra, Meghalaya, Nagaland, Narendra Modi, Religious freedom Widespread protests have forced the government in Christian-majority Meghalaya State in north-east India to restore the Good Friday holiday. The coalition government, to which the Hindu nationalist BJP is a partner, had declared in a circular that Good Friday would be a normal “working day”, but the move was withdrawn . . . Read More
March 20, 2018 Pakistan Burewala, Christmas, Churches, Easter, Pakistan, Punjab The celebration of a Christmas Eve Mass in Mosul after the city’s devastating three-year occupation by Islamic State (IS) marked “a kind of victory” over the extremists, a church leader there said. And the installation of a number of large Christmas trees around the city was unprecedented, said the leader, . . . Read More
January 2, 2018 Egypt Cairo, Christmas, Copts, Giza, Helwan, Islamic State Two brothers helping a Coptic Christian shop owner were shot dead on New Year’s Day in Giza, Greater Cairo. The men, who owned a car-parts shop next door, had been helping to stock the shop with alcohol, reported Al Arabiya. The Christian brothers were killed when a gunman pulled up . . . Read More
January 1, 2018 Nigeria Christmas, Fulani herdsmen, Nigeria, Plateau How do Christians under pressure for their faith celebrate Christmas? In the ninth installment of our series, we hear from Nigerians in central Plateau State affected by violence. While the Islamist group Boko Haram has gained notoriety for its attacks on civil, military and Christian targets, a second source of . . . Read More
December 31, 2017 Cuba Christmas, Communism, Cuba How do Christians under pressure for their faith celebrate Christmas? In the eighth in our series we hear from a Cuban church leader. Christmas in communist Cuba is a quiet affair; you won’t hear carols in the streets or on television, except for during one concert involving the Churches that . . . Read More