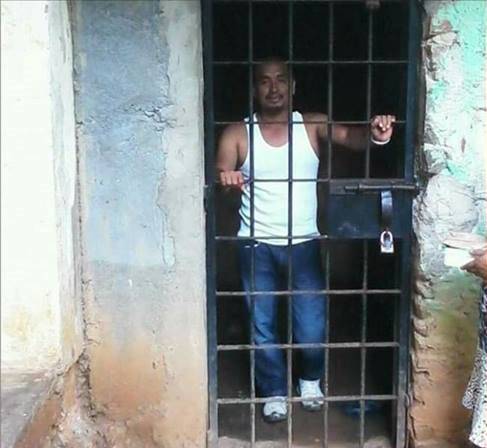 Mexican Christians who branch away from the “traditionalist” village churches, which blend aspects of indigenous paganism and popular Catholicism, continue to face pressure to return to the fold or leave their villages.

World Watch Monitor reported recently on the case of Lauro Pérez Núñez, a convert to Protestant Christianity, who was last year ordered to leave his village and has only recently been permitted to return home.

But Núñez’s case is far from a one-off. Here are a few other recent and ongoing cases:

The authorities in Mariano Matamoros want more than 100 Protestants – one third of them children – to leave the village for not contributing to local festivals.

The Protestants have had problems since 2009, when they were prevented from burying one of their children in a local cemetery because they had left the “traditionalist” church.

“They had to take the body to a neighbouring town”, explained Luis Herrera, the director of Chiapas’ Coordinación de Organizaciones Cristianas. “Unfortunately, the measure taken against the non-Catholic families are ever more frequent. Water and sewer-system cuts, the illegal confiscation of their properties, physical violence and denial of health services make it impossible for these families to live normal lives. Three years ago, their plots of lands, where they cultivated corn, coffee, fruit and trees, were confiscated. It has even reached the point that the village’s authorities emitted a decree that forbids economic transactions with Protestants. Those who sell or buy with them are fined 5,000 pesos [$280]”.

The families sent out a press release to complain about their situation, which was reported in the local press and by some Christian organisations. They continue to live in the community, but they have been threatened that they will be evicted and their houses destroyed. They have also been refused access to education, healthcare and governmental benefits.

On 18 April, the State Council of Evangelical Churches in Chiapas proposed a meeting with members of the affected families, the local authorities and the state government.

“The workers in all levels of the Mexican government have looked away when dealing with attacks based upon religion that clearly violate Mexican law and international human rights,” said Isaac Seis, the director of Judicial Affairs of International Christian Concern. “This incident in Chiapas is emblematic, given that it is part of the generalised notion of religious intolerance that strangles the life of the rural communities in all of Mexico. The ICC has asked the Federal Authorities of Mexico to take immediate action to help the victims in Mariano Matamoros. As well, the international community has demanded Mexico captures those responsible for these violations of human rights. No man, woman, nor child should be forced to go to bed hungry because of their religious beliefs.”

In April, in the San Jose neighbourhood of Teopisca, five families refused to contribute 200 pesos ($11) each to the village’s religious festivals. Local authorities cut their water supply and ordered them to pay 4,000 pesos ($216) each to receive it again.

Eighty other Protestant families who had threatened not to contribute to the festivals decided to pay, after being told they would have their basic services cut if they didn’t.

But on 7 May, the water supply for another 15 families was cut, after they filed an official complaint against the authorities at a local court.

In September 2015, in the community of San Isidro de Chijisté, also in Teopisca, several Protestant families had their water and electricity services cut, after refusing to pay for local festivals.

Luis Herrera said he had been told by local officials “it would all end quicker if they just paid the quotas”.

The families in San Isidro are still waiting for the situation to be resolved. On 25 April, a meeting took place in Teopisca City Hall.

“Unfortunately there were no results”, Herrera explained. He added that García Mendoza, the Undersecretary for Religious Affairs, “manipulated” the information published in local media to make people believe that the 80 families failed to attend the meeting, when in fact they did attend.

Also in April, 26 families abandoned their homes in the village of La Piedad after the authorities cut their water and electricity supplies and prevented them from collecting firewood.

The families refused to contribute between 30 to 50 pesos ($1-2) towards every local festival.

A spokesperson for the families, Genaro Jimenez Lopez, says the authorities have demanded they return to the local church and pay 5,000 pesos ($270) per family, so they can have basic services restored.

“The community did not expel us”, he said, “but, since we have no water and we are not allowed to collect firewood, 130 people moved to the city of Comitán, were we shall stay as refugees.”

Meanwhile, their remaining belongings were taken out of the village and piled up in front of the town hall in Las Margaritas.

On 16 March, Protestants from the municipalities of Mixtla de Altamirano, San Juan Texhuacan and Astacinga complained that they were being prevented from using burial sites belonging to “traditionalist” churches.

“We appeal for the freedom of expression and religion,” spokesman Miguel Ángel Hernández told Quadratín Agency. “Our job is to get the authorities to respect us and respect the rights that we have as citizens.”

Hernández said they have requested the intervention of the local authorities to help them find new burial sites.

Their case reached the Religious Affairs department of the State Government, which brokered an agreement for them to be granted space in the local cemetery.

Nohemi Márquez Escudero, Legal Adviser for the Department of Religious Affairs for the State of Veracruz, said it now falls to the City Hall of Sierra de Zongolica to ensure the situation is not repeated, and that the local authorities must provide land for the Protestants to be able to bury their dead.

Ten families (30 people in all) from the Huichol native tribe were expelled from the village on 26 January.

They had faced the threat of eviction for several years. In 2008, the Baptist Convention of Guadalajara, with help from the US Baptist Convention, fought successfully for the families’ legal right to remain in the village. But the village council later ruled that they must leave.

The Huichols enjoy a degree of autonomy from the Mexican government. Land is communal property, inherited from father to son. The Huichol traditions centre on their religious beliefs and customs that are not always written down.

“This makes them easy to manipulate,” said their legal representative, Isaí Torres Navarro. “There is a document, but it is mostly dispersed orally, which allows them to be interpreted at one’s convenience. That is the reason why the State’s Commission on Human Rights asked the Huichol authority to write down their customs for the benefit of the people.”

Still awaiting resolution. Currently living in temporary housing in the Bolaños municipality. Several meetings have been organised in the state capital, Guadalajara, but local authorities have never attended. They claimed that 1,963 members of the community voted for the Christians’ displacement, but no evidence was produced.

“We believe that this decision was made by a small group without taking into account the interests of the majority,” said Torres Navarro. “We are talking about human rights violation for these people. For those families to be evicted, there must have been at least an accord of the assembly. That is why it is necessary to find the document in which the eviction was ratified, as well as the fact the decision happened because they did not share their [community’s] beliefs.”

Humberto Bayón Moreno, the former representative of Open Doors in Mexico, who now works as a trainer of missionaries, said: “Something must be done, before they start displacing any person that does not share the views of the community.”

On 4 January, nine families (33 people in all) belonging to the Church of Renewal in Christ were thrown out of their homes by villagers carrying sticks, machetes and guns. Their homes were destroyed and the entrance to the village placed under guard to prevent their return.

In April 2014, a pastor’s son was convicted of murder. “The community started protesting and demanding for the minister not to return to the village, even though the young man was detained and is serving a jail sentence,” explained Herrera.

Locals demanded the nine families stop attending the church and leave the village.

“We did all we could to avoid this”, said state government representative Antonieta Suarez Ruiz.

But the families are still outside the village. They fled into the mountains, walking for more than six hours before they arrived in the city of Las Margaritas, where they were provided with food and shelter.

“The constant violation of human rights and lack of guarantees in Chiapas for religious freedom is an everyday subject, and the employees of the state solely take the political line of favouring the majority, even if it violates an endless amount of human rights of religious minorities,” said Herrera.